It’s only been a week since we launched Small Screen Machine – our Video on Demand streaming service – and already we have dozens of account holders. Huge thanks to everyone who has set up their free account. We’ll be bringing you more films every month – read on to find out what’s new this week.

Click on the link above to visit the Small Screen Machine website and access our catalogue of almost 40 films, all selected by the team behind the Screen Machine programme, and arranged into five curated categories.

It’s free to sign up (account holders must be over 18) and that you only pay when you rent a film. You have 14 days from paying to watch the film, and then 48 hours to complete the film once you’ve hit play. You can watch from anywhere in the UK, and on a computer/laptop, tablet, phone, or on your TV via a cable connected to one of these devices, or using Chromecast. You can read about our system requirements here.

Our rentals cost between £3.49 and £10. We review the price of every film to ensure it is both fair for you and cost effective for us. And remember that your payment helps to support the Screen Machine service because a portion of every payment comes to Regional Screen Scotland, the organisation that owns and operates the Screen Machine.

For more information on Small Screen Machine, please read our about section here.

Films you can watch now and over the coming week 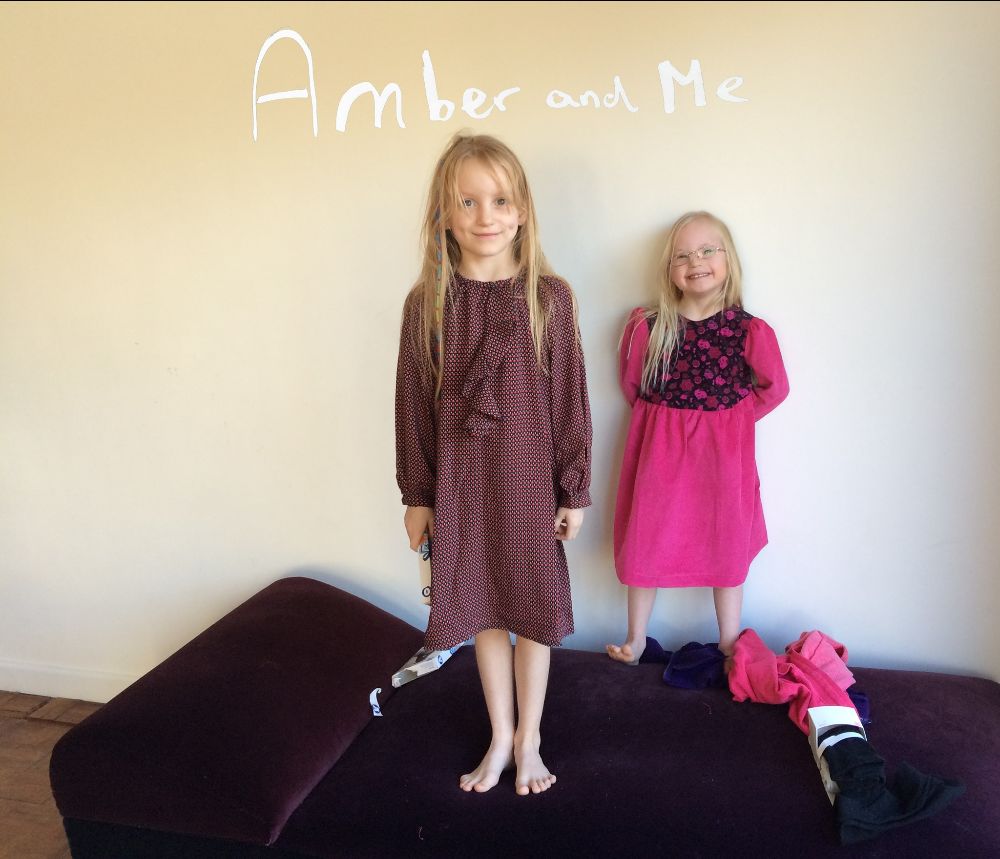 Amber has Down’s Syndrome and is about to start primary school with her twin sister, Olivia. Although at first her experience is positive, she starts to struggle and asks to stay at home. Olivia tries to help her sister with her school work, in the knowledge that if the situation doesn’t improve, Amber may have to go to a different school. The film follows the challenges for both girls through 4 years of primary school and charts the changes in their relationship, uniquely from their own perspectives.

Amber and Me is directed by their father Ian Davies. Ian has worked on several documentaries and fiction features before as a producer / consultant. This is his first film as a director. There’s much more information about the film here.

The film was recently reviewed on Kermode and Mayo, in which Mark Kermode said: “A beautiful, uplifting documentary. I loved it.” You can listen to the full review here from the 1 hour 10 minute mark.

It was also featured on the Today Programme on Friday 19th March, which you can listen to here from the 2 hour 21 minute mark. 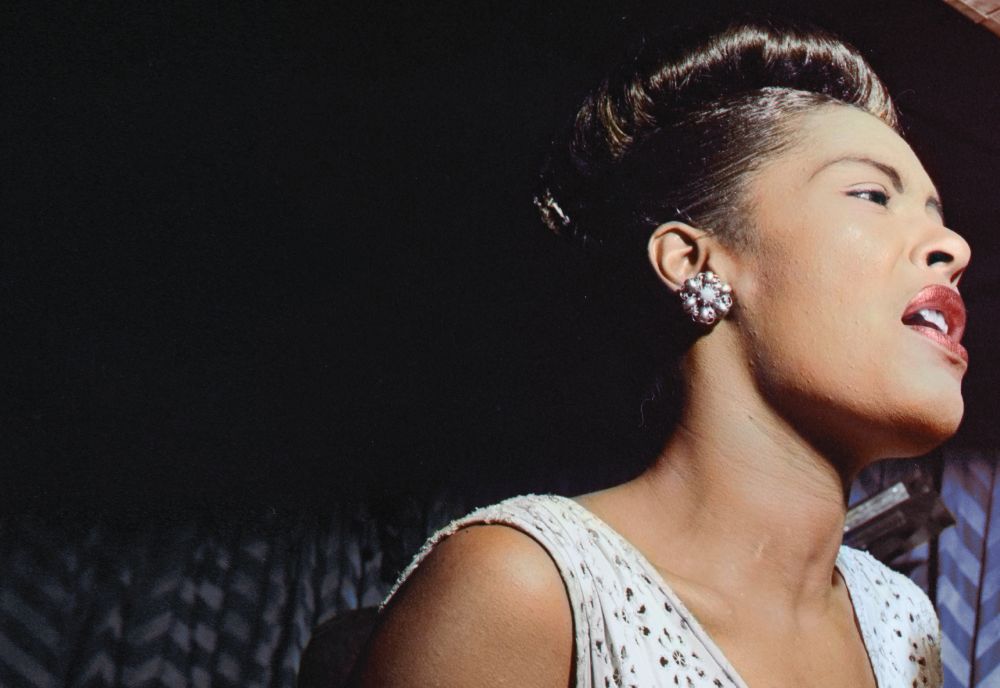 What if the most important story in your life was not your own? Billie Holiday, one of the greatest voices of all time, was always controversial — a proud black woman who preferred white audiences, an exploited artist and a violent drug addict, a loyal friend and a vindictive lover, a blues singer who didn’t sing the blues, and when she sang the seminal protest song Strange Fruit, an enemy of the state.

Her enigmatic accounts of her own life were a mix of half truths and free-form improvisations. Then, in 1971, journalist Linda Lipnack Kuehl set out to write the definitive biography of Billie. Over 8 years, she tracked down and tape-recorded over 200 hours of interviews with the extraordinary characters that populated the iconic singer’s short, tumultuous life.

“Erskine’s film works on every level: it could just as usefully teach you the basics about Holiday, or give serious fans something to pore over more than once.” Daily Telegraph 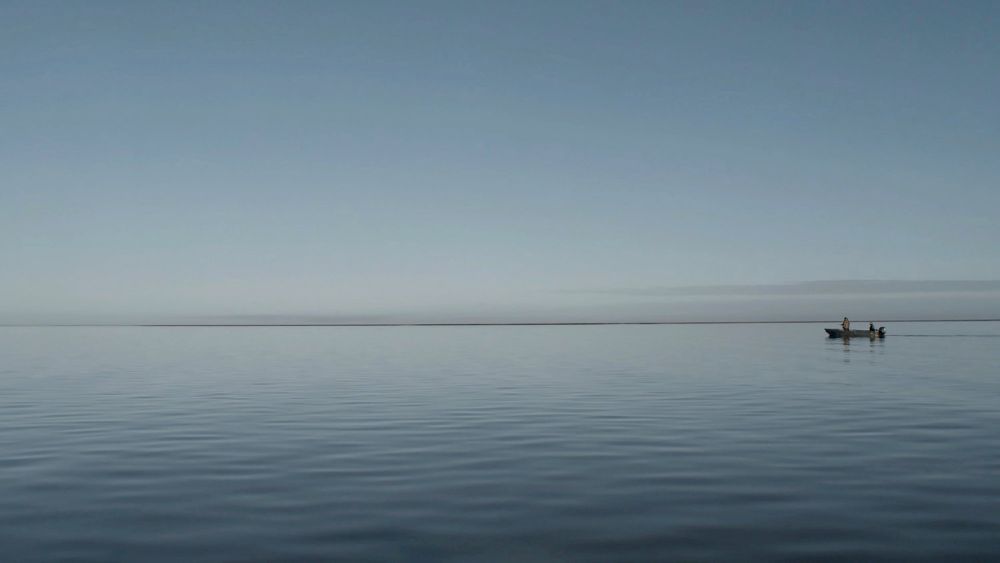 The town of Newtok, Alaska is facing a crisis. Due to global warming, the permafrost on which it has laid its foundations is starting to melt, harsh winter storms erode its coastline, and summer meltwaters corrode its edges. With it losing 75 feet per month, it’s not long before the houses will be swallowed up by the Ninglick River. Its 375 inhabitants must decide what to do. Half want to relocate to firmer ground, while the rest refuse to move. State agencies fail to get involved and the nearest town is 40 miles away. But the climate is changing, and time is running out.

Premiering at International Documentary Film Festival Amsterdam in 2018, this documentary examines the idea of a community, and what one can do when faced with its physical demise. It’s a sobering story that might become more common in the coming years.

“a telling document for our times” RTE 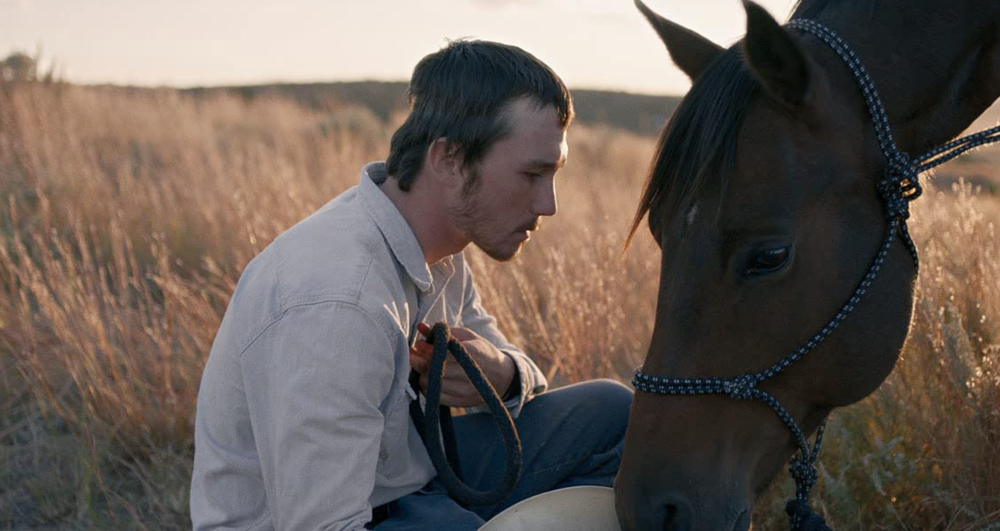 From director Chloe Zhao, winner of the Golden Globe for Best Director and currently nominated for the BAFTA and Oscar Best Director awards for her film Nomadland, comes this western drama about a young man trying to find his place in the world.

Brady is rodeo rider and part of the Lakota Sioux tribe in South Dakota. He lives a tough life of poverty on reservation land with his alcoholic father and autistic sister. He has brain damage from a riding accident, leaving him with a weakened hand, seizures, and the increased likelihood he’ll suffer a fatal riding accident. But is Brady ready to give up on his dream?

Every week we’ll highlight films that will soon depart Small Screen Machine. The dates listed beside each film are the final day you can watch them. If you plan to watch a film on its final day, please give enough time as it will stop streaming as soon as it hits midnight. 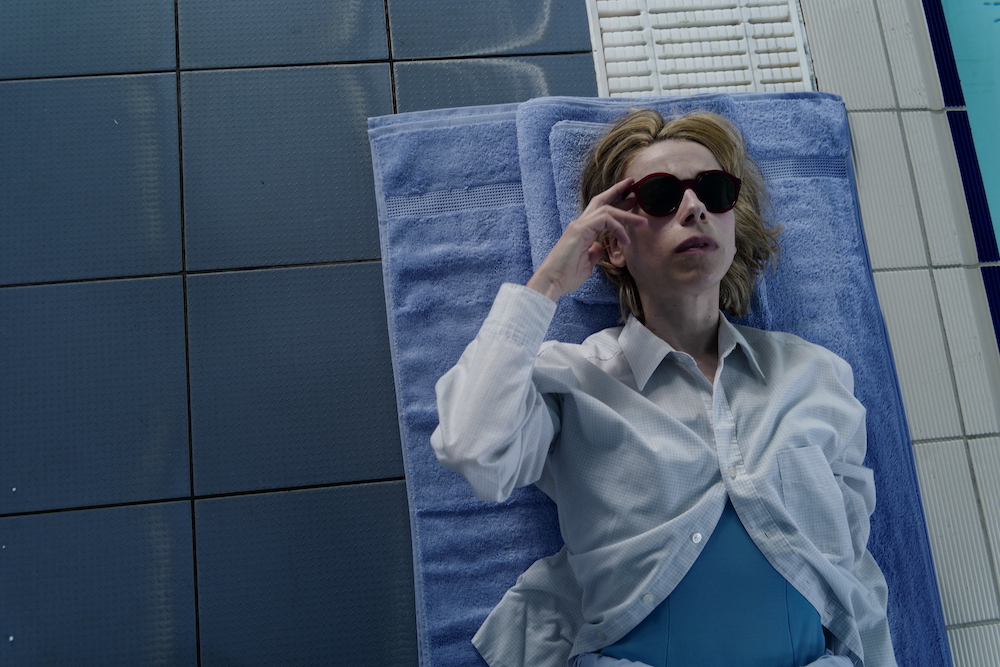 When Jane (Academy Award nominee Sally Hawkins) is dumped at the altar, she has a breakdown and spirals into a chaotic world where love (both real and imagined) and family relationships collide with both touching and humorous consequences.

Set in British suburbia in the 1980s, the writer/director Craig Roberts has created a thoughtful film about mental illness. Sally Hawkins is brilliant as Jane, and there’s a fine supporting cast in David Thewlis, Billie Piper and Penelope Winton. 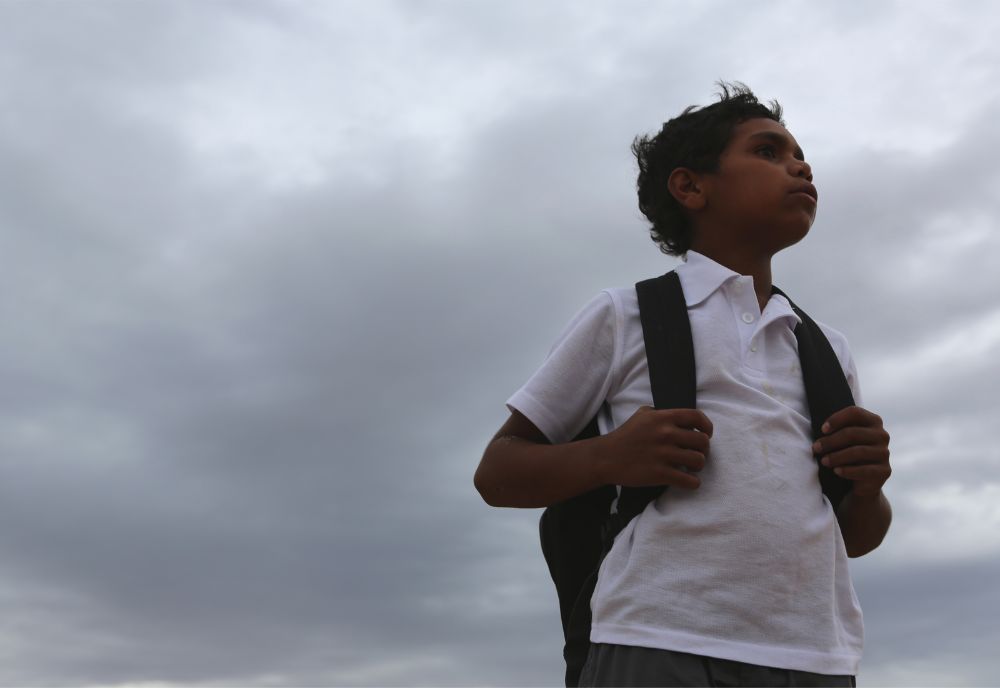 In My Blood it Runs (2019, 12)
Director: Maya Newell
Available in Documentaries until Wednesday 31st March, £10

Told through the eyes of a 10-year-old Aboriginal boy, this fascinating documentary was brought to our attention by colleagues at the Take One Action film festival. It was a highlight of their 2020 Festival.

Growing up outside Alice Springs, 10-year-old Dujuan is a child-healer, a good hunter and speaks three languages. As he shares his wisdom of history and the complex world around him we see his spark and intelligence. Yet Dujuan is ‘failing’ in school and facing increasing scrutiny from welfare and the police. As he travels perilously close to incarceration, his family fight to give him a strong Arrernte education alongside his western education lest he becomes another statistic. We walk with him as he grapples with these pressures, shares his truths and somewhere in-between finds space to dream, imagine and hope for his future self.

“quietly masterful portrait of growing up Indigenous” The Guardian **** 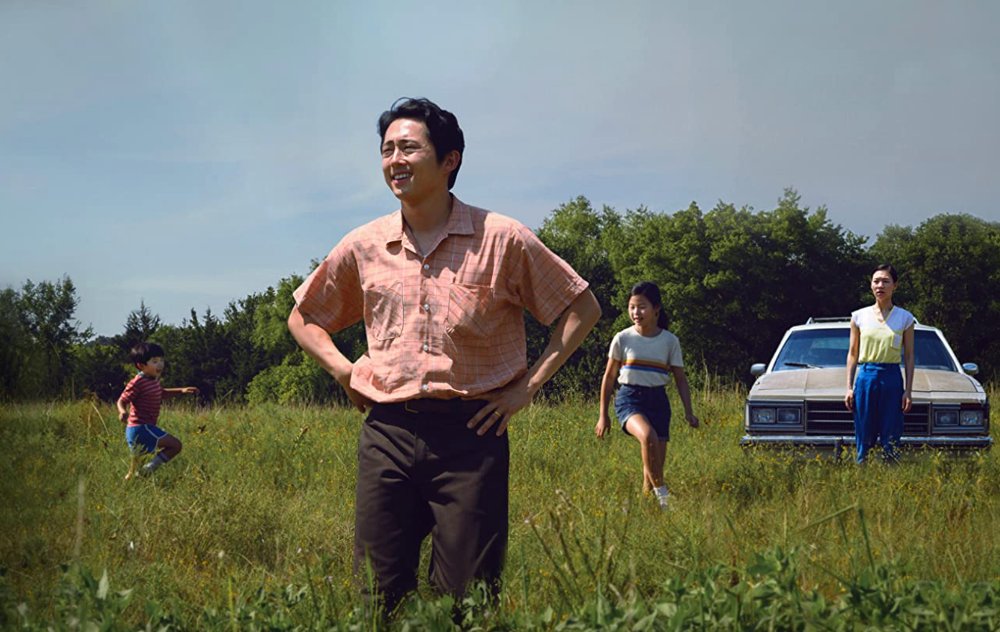 Semi-autobiographical drama about a South Korean family who move to rural Arkansas in the 1980s. It is a tender story about familial bonds as they adapt to their new surroundings and trust each other as they search for their place in the American Dream.

“the year’s first truly great movie, one we’ll be talking about for some time” The Guardian

We’re committed to having subtitles and captions available on every film on Small Screen Machine. We understand some viewers like English subtitles while watching their films, even if they’re not hard of hearing. For those who don’t know the difference, subtitles only display spoken dialogue and text, while captions display those plus descriptions of sounds and music.

The following films have subtitles and/or captions:

For any film not listed above, we’re working to get subtitles or captions made available for them, and will provide updates when they come through.

Every week we’ll share promo codes, reduced prices, bonus content, and when a film is due to leave Small Screen Machine.