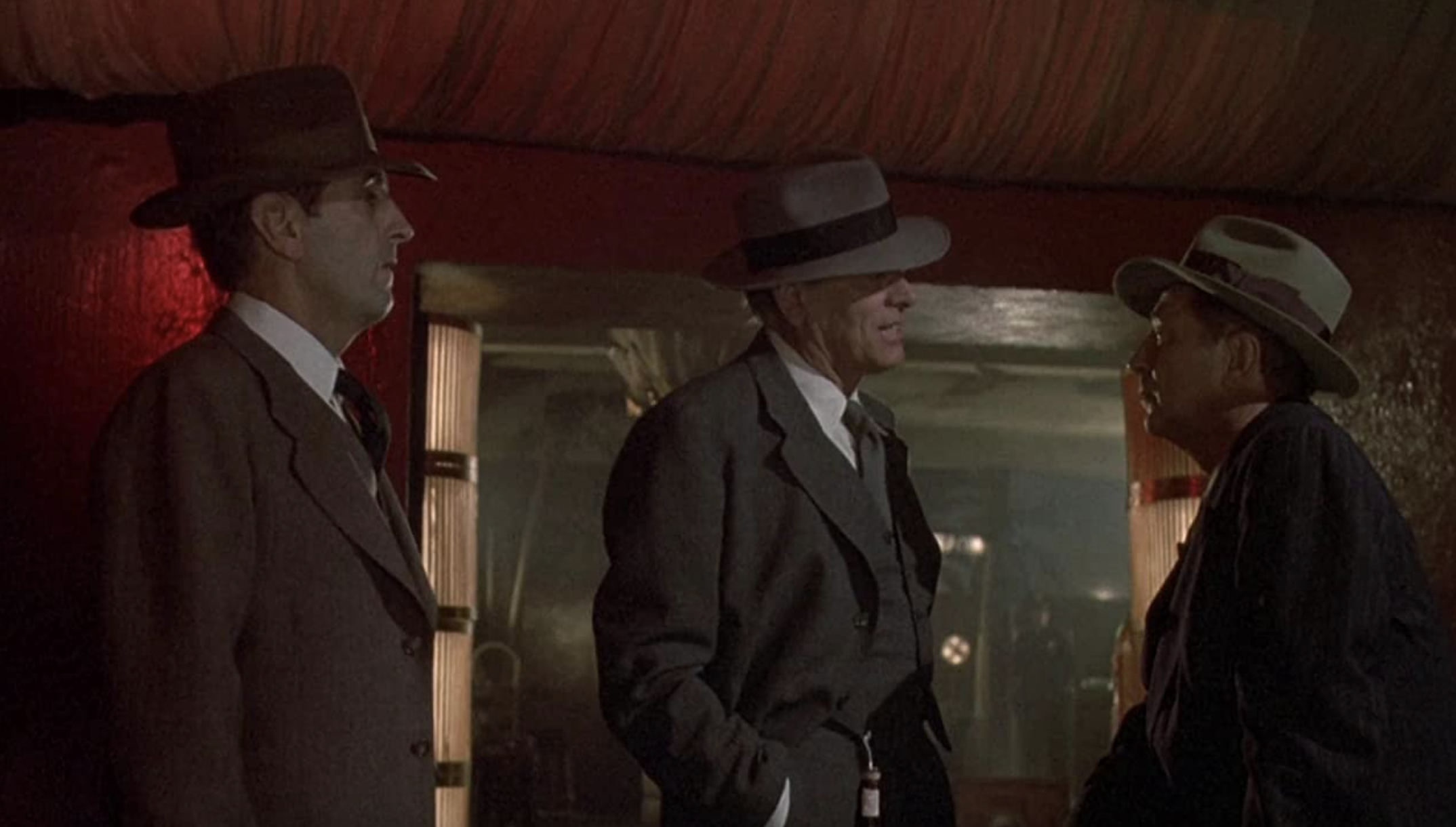 Following the First Minister’s statement about Scotland’s roadmap out of lockdown, we want to assure our audience and supporters that we are keeping a close eye on developments so we can plan the safe return of Screen Machine. When we have a concrete idea of when this will happen, we will contact all of you ahead of time, communicating any new changes that might be in effect.

Thank you for your continued support. We hope you are all staying safe, and we look forward to hosting you in Screen Machine again.

This week Robert has chosen Farewell, My Lovely as our Top Pick. Angie has five other recommendations to round out this week’s film choices.

Farewell, My Lovely (1975, 15)
Talking Pictures TV, 10.05pm on Sunday 28 February
For a great novel to get one good film adaptation is rare, to get two is almost unique. I love the classic 1944 version (also known as Murder My Sweet) with Dick Powell as probably the best ever Marlowe (sorry, Bogie!), and eye-popping expressionist direction by Edward Dmytryk. But this remake has a quality all its own, with a loving nostalgia for the 1940s, and a superb world weary performance from Mitchum in his 1970s ‘Indian Summer’. The supporting cast is outstanding, including an early appearance by Sly Stallone. Director Dick Richards only made a handful of movies, but a couple of others are worth searching out: The Culpepper Cattle Company and March or Die. Sadly, Mitchum’s subsequent appearance as Marlowe, in a remake of The Big Sleep, is to be avoided, as Richards was replaced by the repellent Michael Winner.

A Lonely Place to Die (2011, 15)
Horror Channel, 9pm on Friday 26 February
I misread this at first as A Lovely Place to Die! Which could have been quite misleading, as this is on the Horror Channel. I normally go out of my way to avoid watching horror, but I am intrigued by this because it is set very close to home. Five climbers on holiday in the Scottish Highlands find themselves the target of a Serbian warlord and his mercenaries. One Guardian review says it has “tremendous free-climbing stunts”, and I’d like to see those. Another says, “here in this breathtaking landscape are gathered some of the most ruthless products of post cold war politics.” Yes, I’m definitely intrigued.

Invictus (2009, 12)
BBC1, 11.20pm on Saturday 27 February (not Scotland, but available on iPlayer after)
I’ve been on the lookout for an opportunity to watch this film again, as I’d like my daughters to see it. They are keen on sport and I think this film could connect them with South African history in an entertaining and moving way, without it feeling like another boring home school lesson from mum. Following his election as president, Nelson Mandela is leading a racially and economically divided country which is preparing to host the Rugby World Cup, but whose national team has long been a potent symbol of Apartheid. Not to mention the team aren’t even ranked. How can they possibly unite a country behind them? Morgan Freeman and Matt Damon star in this Clint Eastwood directed true and inspiring story.

Bee Movie (2007, U)
Film4, 3pm on Sunday 28 February
When Barry the bee wearies of a life dedicated to producing honey he decides to leave his hive and go exploring. However, when he realises what becomes of the honey, he resolves to sue the entire human race for stealing. Honestly, those humans!

Secrets & Lies (1996, 15)
Film4, 12.55am on Sunday 28 February/Monday 1 March
Director Mike Leigh had a hit with this in 1996. A successful black professional learns she is adopted and goes in search of her birth mother. When she finds herself part of a white working-class family, there’s lots of adjusting for everyone to do. The RadioTimes says: “even the secrets and lies themselves are of less significance than how the different characters respond to the revelations. It requires an ensemble of extraordinary quality to carry off so many emotional shifts and still make it seem like real life.” Brenda Blethyn and Marianne Jean-Baptiste both got Oscar nods for their performances.

Dark River (2017, 15)
Film4, 11pm on Tuesday 2 March
Here again I’m choosing a film that I haven’t seen yet, but it connects with The Levelling that we’ve had on Screen Machine, and I found that very affecting, so I’m interested to see this. Released within a year of each other, both films are about farming families. After receiving news of her father’s death, travelling sheep-shearer Alice tentatively decides to return to the dilapidated family house of her childhood in muddy North Yorkshire for the first time in 15 years. What has happened in that time, and why did she stay away for so long? Ruth Wilson, Mark Stanley and Sean Bean star.