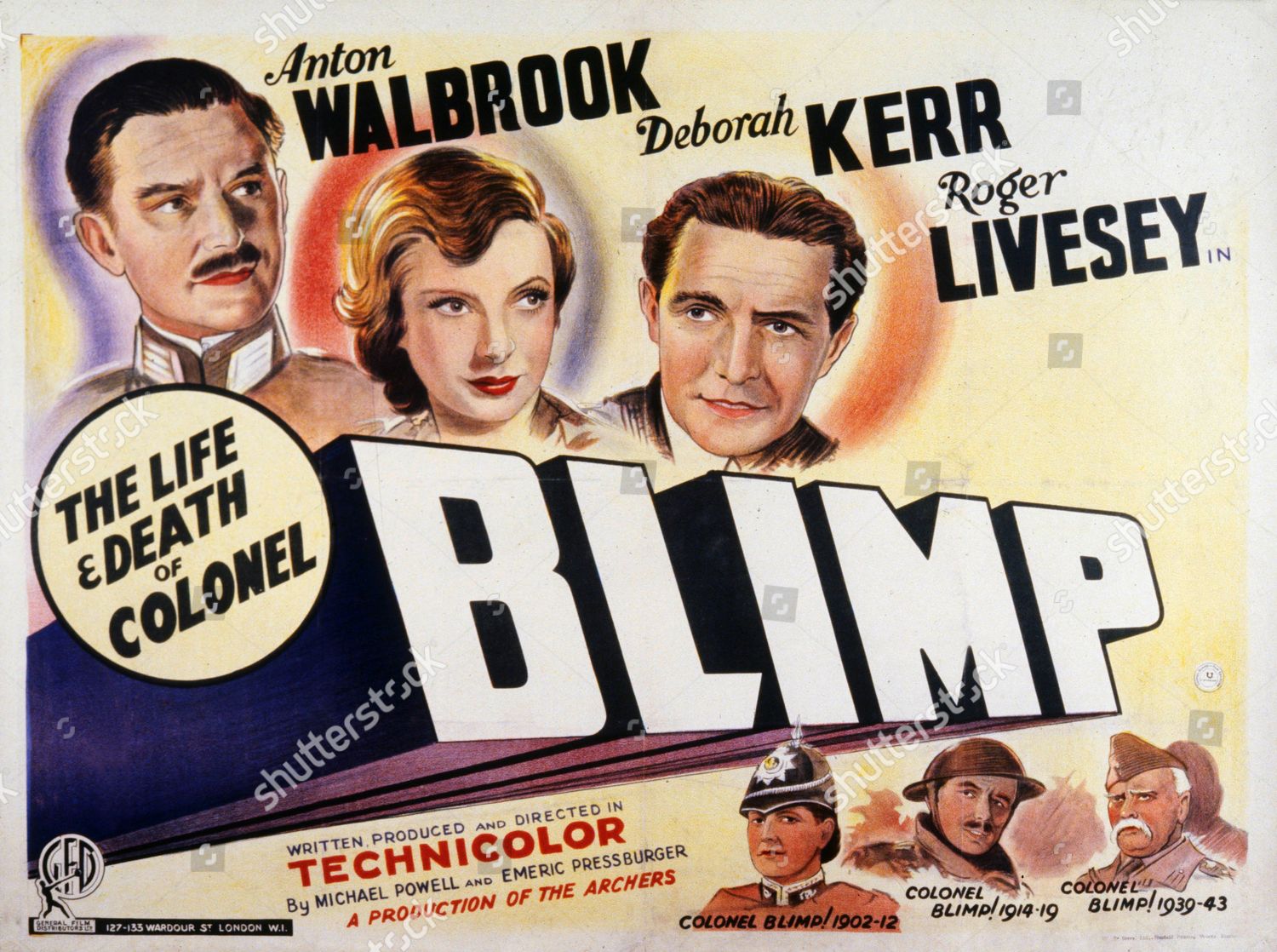 
Robert, our Director, has selected this week’s Top Picks – not one but two!  “So many great films this week that I’ve had to opt for a double bill”, he said. And Angie has selected the other four. We hope you find something to enjoy among them. Happy viewing.

The Life and Death of Colonel Blimp (1943, U)
BBC2, 12 noon Sunday 26 April
Everyone knows Powell and Pressburger’s glorious A Matter of Life and Death, but The Life and Death of Colonel Blimp is its lesser known companion—just as beautiful, eccentric, witty and moving.  It’s propaganda, of course, but so subtle and nuanced that, reputedly, Churchill tried to ban it because he thought it might undermine morale by showing a sympathetic German (played by the truly wonderful Anton Walbrook). If there’s such a thing as a perfect film, this is it Things to Come (2016, 12A)
Channel 4, 1.30am Monday 27 April
French with English subtitles
Things to Come was my choice for our first Films We Love season on the Screen Machine, and I’m glad to say it went down well, though it’s hard to explain why this film is so engrossing and delightful.  On the face of it, it’s just a slice through the daily life of a (faintly annoying) French academic family and, like daily life itself, it rolls along with its characters encountering various ups and downs. But the writing, acting and direction are so well observed, humane, and engaging, that you’re drawn in. And of course at the heart of the film is the powerhouse that is Isabelle Huppert and, for her many admirers, that should be all I need to say. Get Out (2017, 15)
9pm, Friday 24 April, Film4
After African American photographer Chris and his white girlfriend Rose visit her wealthy parents, he suspects there’s more to them than meets the eye. Oscar-winning psychological thriller written and directed by Jordan Peele (Us), starring Daniel Kaluuya The Queen (2006, 12A)
4.55pm, Saturday 25 April, ITV3
New Labour modernism is pitted against old-fashioned Royal Family protocol in this mix of fact and fiction set in the aftermath of Princess Diana’s fatal car crash in 1997. Directed by Stephen Frears and starring Helen Mirren in an Oscar-winning role, alongside Michael Sheen. The China Syndrome (1979, PG)
4.50pm, Monday 27 April, Sony Movies Action
Jane Fonda, Michael Douglas and Jack Lemmon star in a thriller/drama about a nuclear power plant controller who discovers a potentially disastrous operational flaw but refuses to report it.  A visiting TV journalist and cameraman pick up on the story.  Jack Lemmon was Oscar nominated and is devastatingly good as the loyal employee who slowly realises his superiors are playing fast and loose with the facts. Teen Wolf (1985, PG)
2.20pm, Sunday 26 April, Channel 4
Likeable comedy about a teenager who discovers he is far from ordinary when an old family curse kicks in when the moon is full.  He becomes the local celebrity when his new found agility makes him the star of the school basketball team. Michael J Fox made this just before going on to Back to the Future, and he does what he does best: turns a loser into a winner.

Our friends at Screen Memories Scotland work to recreate a sense of community and belonging using cinema memories. They visit care homes, library groups, local community centres – basically anywhere a group of people get together and are interested in movies, TV and archive footage from their local area. We’ve hosted a few of their events on the Screen Machine, and are pleased to see that they are not letting lockdown curtail their activities completely. They’re producing special film quiz sheets, specially designed to spark early cinema-going memories.

Just for fun, here are 10 of this week’s questions. We’ll give you the answers next week.

You can read more about Screen Memories Scotland’s activities here.

Stream Cunningham and make a donation to Screen Machine Just a reminder that if you stream Cunningham by 1 May, you can choose an independent UK cinema – including Screen Machine – to receive 10% of the fee.

Cunningham is documentary about the American choreographer Merce Cunningham. You can watch the trailer above. It follows his life over three decades, from struggling dancer in New York City to his emergence as one of the world’s most visionary choreographers.  The film was set to be released in 3D in cinemas last month, but due to Coronavirus is now available on-line. The film also features his collaborations with Andy Warhol, John Cage and Robert Rauchenberg. Take yourself on an immersive journey into Cunningham’s world.

We’ll be back with more news next Friday, including a new streaming opportunity. In the meantime, we hope the sun keeps shining and that you all stay well.