Over the past week, Small Screen Machine customers have been enjoying:
1. Iorram (Boat Song) – Gaelic documentary still ruling the top spot
2. Bait – drama about the struggle between tradition and change set in a Cornish fishing village
3. Minari – BAFTA winning delight about a South Korean family’s struggle to set up home and find acceptance in Arkansas 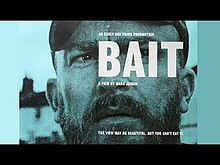 NEW THIS WEEK
We’ve added thirteen films in the past week, including nine for the Family category. From Spike Lee to Babe, there’s something for everyone to enjoy.

Do the Right Thing
Spike Lee wrote, directed, produced and starred in this classic drama from 1989.
Being John Malkovich
Utterly unique drama from 1999 starring John Cusack about being inside the head of John Malkovich.
Get Out
Daniel Kaluuya stars in this groundbreaking horror drama from 2017.
Fukushima 50
Japanese drama from 2020 based on the real events of the 2011 tsunami.
How to Train Your Dragon
Family entertainment from 2010 about a young Viking who teams up with a dragon.
H is for Happiness
Australian drama from 2019 about Candice, a 12 year old girl on a mission.
Babe
The story of the non-confirmist piglet who gains acceptance from the other farmyard animals.
Jurassic Park
Action adventure from Steven Spielberg, and one of cinema’s greatestbox office hits.
The Land Before Time
Even the youngest dinosaur fans will enjoy this charming adventure about Littlefoot and his friends.
ET the Extra-Terrestrial
Heartwarming classic about Elliott and his alien pal.
Despicable Me
From 2010, Gru gets into his stride as the criminal mastermind we all love.
Despicable Me 2
Gru abandons family life to track down a supervillain.
Despicable Me 3
Gru’s encounter with his long-lost twin brother reminds him just how good it feels to be bad.
MORE TOO LOOK OUT FOR 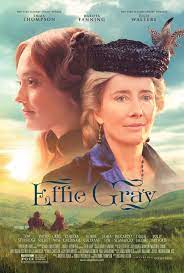 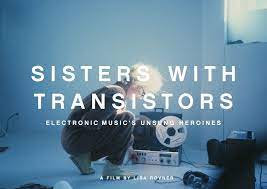 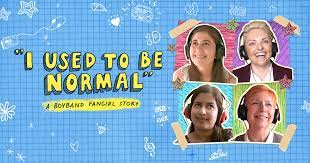 COMING SOON: I Used to be Normal: A Boyband Fangirl Story
Available 3 May
Four women who had their lives were dramatically altered through their loves of boybands: Take That, One Direction, The Backstreet Boys and The Beatles

COMING SOON: Mogul Mowgli
Available 7 May
A rapper on the cusp of stardon is struck down by an illness which threatens his career. Heartbreaking performance from Riz Ahmed.

COMING SOON: The Bike Thief
Available 4 May
When a pizza delivery driver’s moped is stolen, he must scour London to find it. Involving drama about survival in an unforgiving world.
SPECIAL OFFERS
Iorram (Boat Song)
From tomorrow:
£5.99, reduced from £9.99
Our most-rented film since launch – the first documentary entirely in Gaelic, filmed on the Western Isles.
Mouthpiece
£4.99, reduced from £9.99
A powerful, funny and highly original look into the conflicted psyche of a fiercely independent millennial woman – played by two actresses simultaneously.
Come Away
£4.99, reduced from £9.99
Angelina Jolie and David Oyelowo star in poignant children’s drama inspired by Wonderland and Neverland.
AUDIO DESCRIPTION
Lots of our films have Audio Description, including: Bait, Military Wives, Days of the Bagnold Summer, 23 Walks, Do the Right Thing and Being John Malkovich.
A reminder that Small Screen Machine is available anywhere in the UK, is free to sign up (account holders must be over 18), and that you only pay when you rent a film. Our catalogue has already over 40 films, and we’re continuing to add more films each week.

Rentals cost between £3.49 and £10, and we review the price of every film to ensure it is both fair for you and cost effective for us. And remember that your payment helps to support the Screen Machine service because a portion of every payment comes to Regional Screen Scotland, the organisation that owns and operates the Screen Machine.

Small Screen Machine is now also available via the ScreenPlus app. You can download the app to your smartphone or tablet, and use it to watch films on your TV. For Android devices you can download it here, and for Apple devices here. It should be available to add to smart TVs in the near future.

You can read our system requirements for all supported devices here.