We’re delighted to announce Small Screen Machine, our own video on demand streaming service. Launching next week, you’ll be able to enjoy a little bit of Screen Machine magic more frequently, whenever suits you.

Why have you launched Small Screen Machine?
As you probably already know, Small Screen Machine started as our weekly TV recommendations following the national lockdown in March 2020. But the lockdown has changed how people watch films, and we know that many of our customers watch films on streaming platforms. Recent technological developments presented us with the opportunity to start our own video on demand streaming service, allowing us to expand our service to our customers throughout the year.

What will you show?
You’ll be able to choose from a wide range of films selected by the same team behind the Screen Machine programme. One benefit of Small Screen Machine is that it allows us to offer films that we don’t often show, such as horror and arthouse, but we know will appeal to parts of our audience. We’ve arranged the films into five categories:

How much will it cost?
Every rental will cost between £3.49 and £9.99. There is no subscription fee. A portion of each rental will go to Regional Screen Scotland, the organisation that runs and operates Screen Machine, so we’ll have more to invest in your cinema-on-wheels.

How can I watch?
You can access Small Screen Machine on a computer/laptop, a tablet, a phone, and even through your TV via a cable or using Chromecast. We’ll share more details next week, and there will be technical information on the website. You can also watch films anywhere in the UK. So if you lived in one of our locations and moved away, or visited us whilst on holiday, then this allows you to continue to support us from a distance.

When can I start watching?
Small Screen Machine will go live on Thursday 18th March. It will launch with over 30 films, but we plan to add more in the weeks and months that follow. We will use our weekly newsletter to inform you about new arrivals, soon-to-be departures, special offers, spotlight particular films, and other news.

Here are a few films you’ll be able to watch straight away: 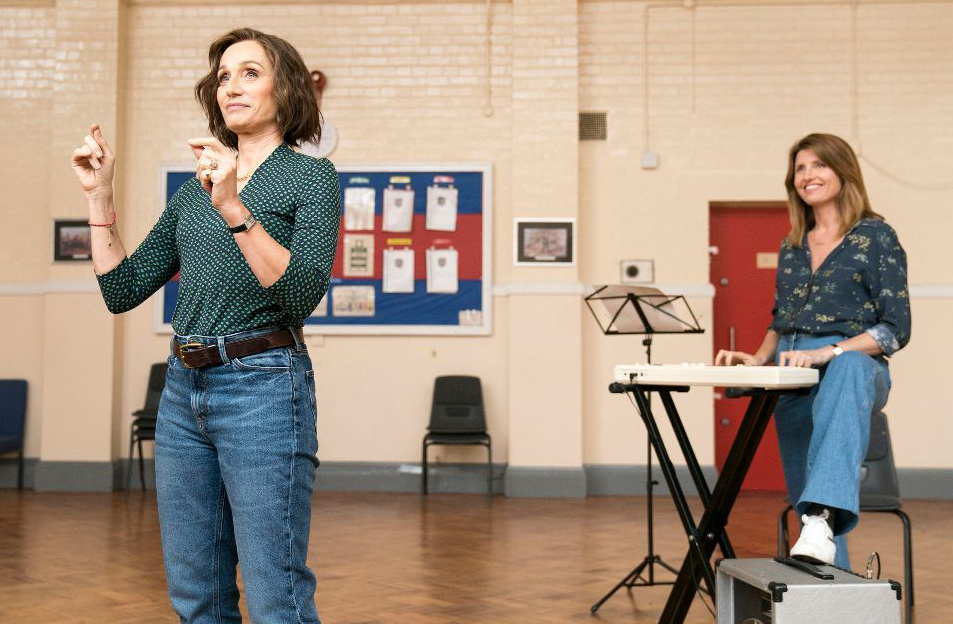 Military Wives (2020, 12)
Available in Screen Machine Selects, £3.49
Comedy drama about the true story of a group of women forming a choir while their partners are deployed in Afghanistan. Starring Kristen Scott Thomas, Jason Flemyng, and Sharon Horgan. 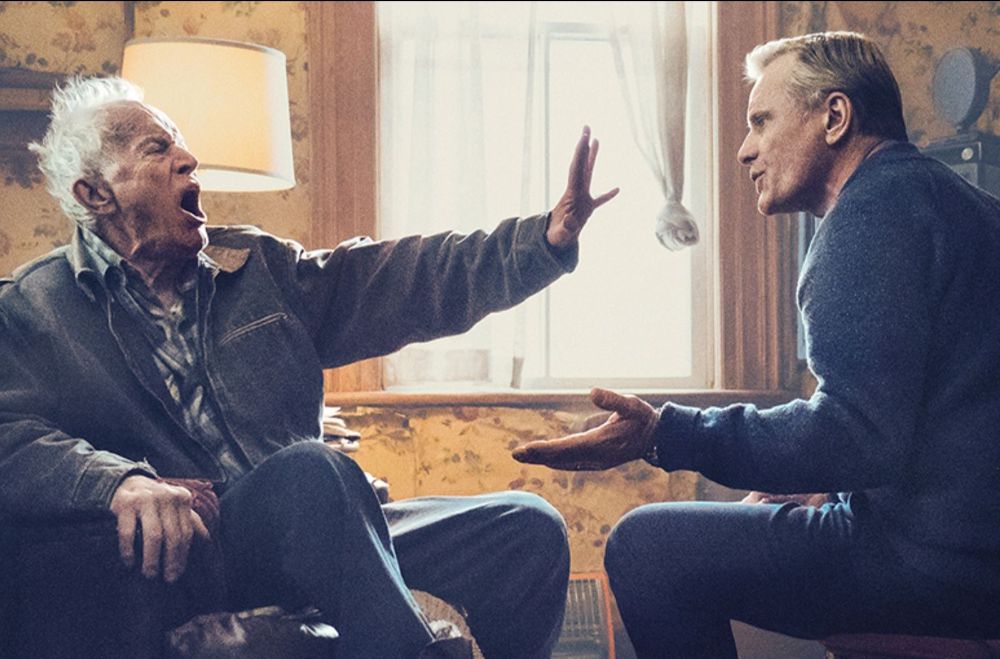 Falling (2020, TBC)
Available in Beyond Screen Machine, £4.99
In this drama a man and his father must confront their past when the dad enters the early stages of dementia. The directorial debut of actor Viggo Mortensen. 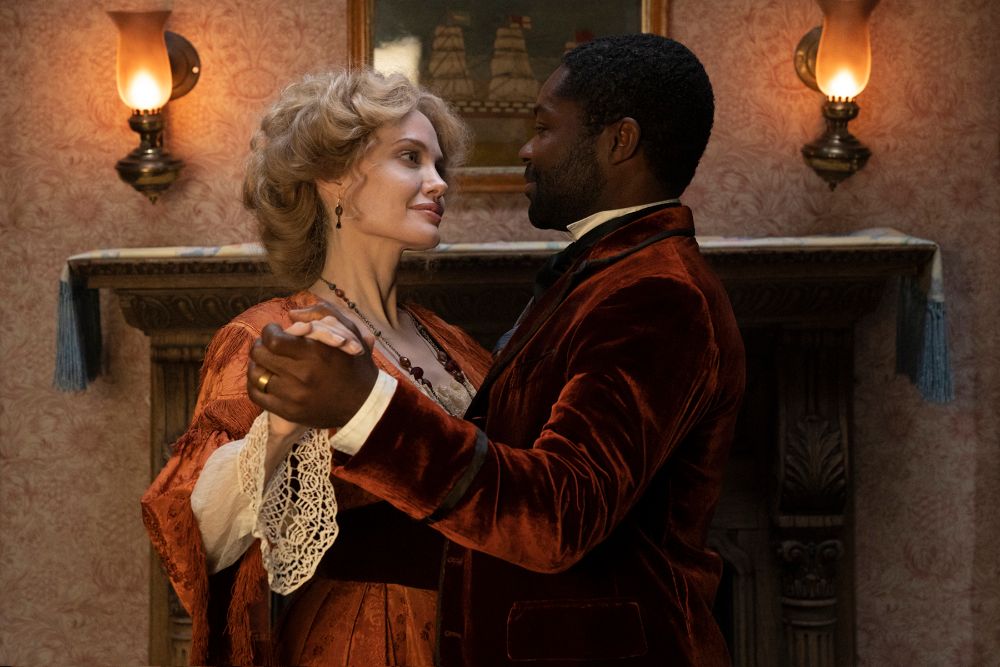 Come Away (2020, PG)
Available in Family, £9.99
When their eldest brother dies, Peter and Alice seek to save their parents from despair until they are forced to choose between home and imagination. Starring Angelina Jolie and David Ayelowo. 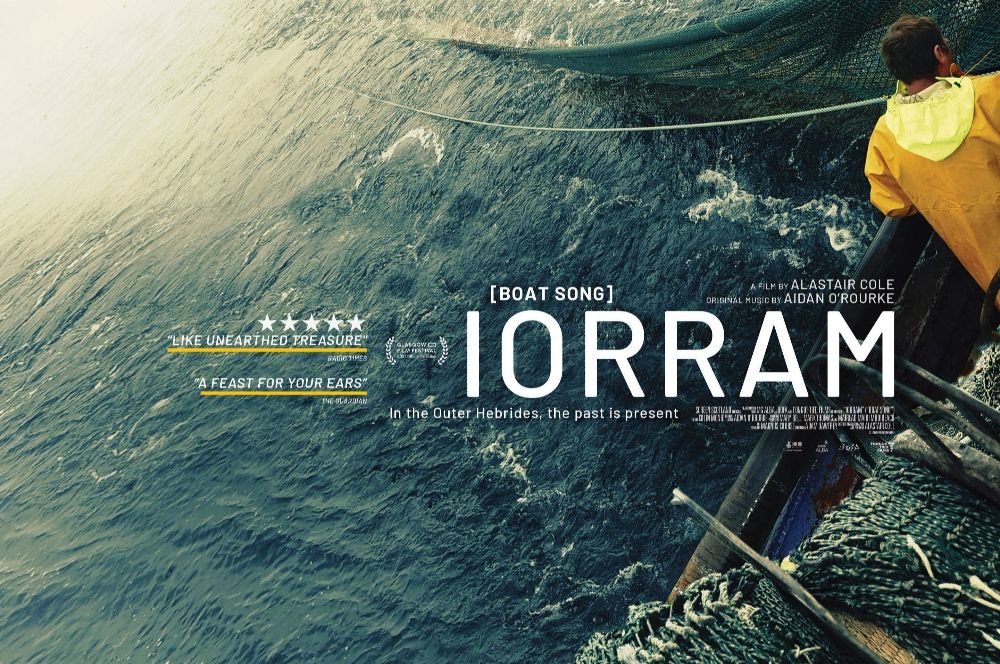 Iorram (Boat Song) (2021, TBC)
Available in Documentaries, £9.99
The first cinema documentary entirely in Scottish Gaelic, ​Iorram (Boat Song)​ is a lyrical portrait of life in the fishing communities on the Western Isles, past and present. 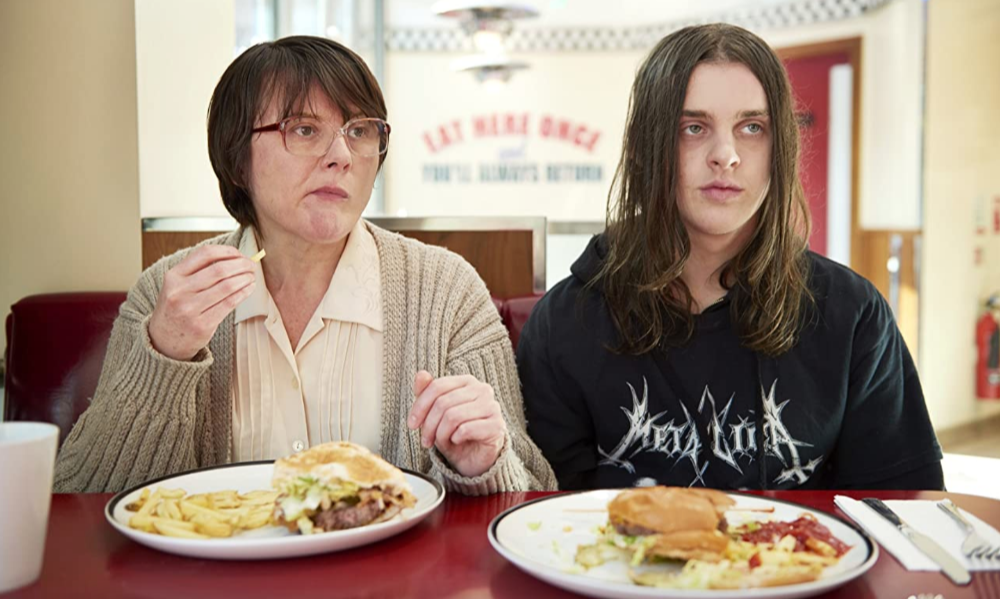 Days of the Bagnold Summer (2020, 12A)
Available in Films We Love, £4.99
A charming comedy about a teenage metalhead and his librarian single parent mum failing to get along over a British summer.

What does this mean for Screen Machine?
We like to see Small Screen Machine as Screen Machine’s small friend. It’s an addition to the service that allows us to bring you great films in between visits, or offer you the chance to watch a film you might have missed or wasn’t screened in your area. We are currently working hard to get Screen Machine back on the road and out to our communities as soon as possible.

With the Small Screen Machine brand moving to our video on demand streaming service, this will be our final week of TV recommendations. To mark the occasion, we have all picked a film over the coming week. We hope you have enjoyed these, and we had a lot of fun sharing them with you week after week. 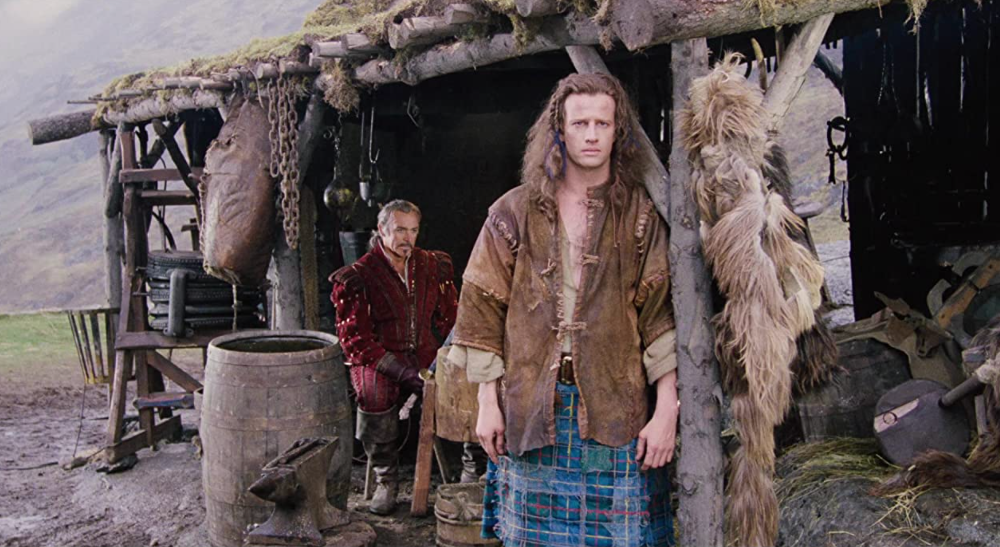 Highlander (1986, 15)
BBC Scotland, 9.30pm on Saturday 13 March
“Fantasy action adventure” is how some describe this cult classic starring the late Sir Sean Connery. Head straight past the quite astonishing array of bad accents and dive into this tale of good and evil. For me, the best things are the evil Kurgan played by the multi-talented Clancy Brown (he is both The Shawshank Redemption’s corrupt prison guard Captain Hadley and the voice of Mr Krabs in the Spongebob Squarepants movie and TV series) and the magnificent score by rock legends Queen. What more do you need from your fantasy? Shona 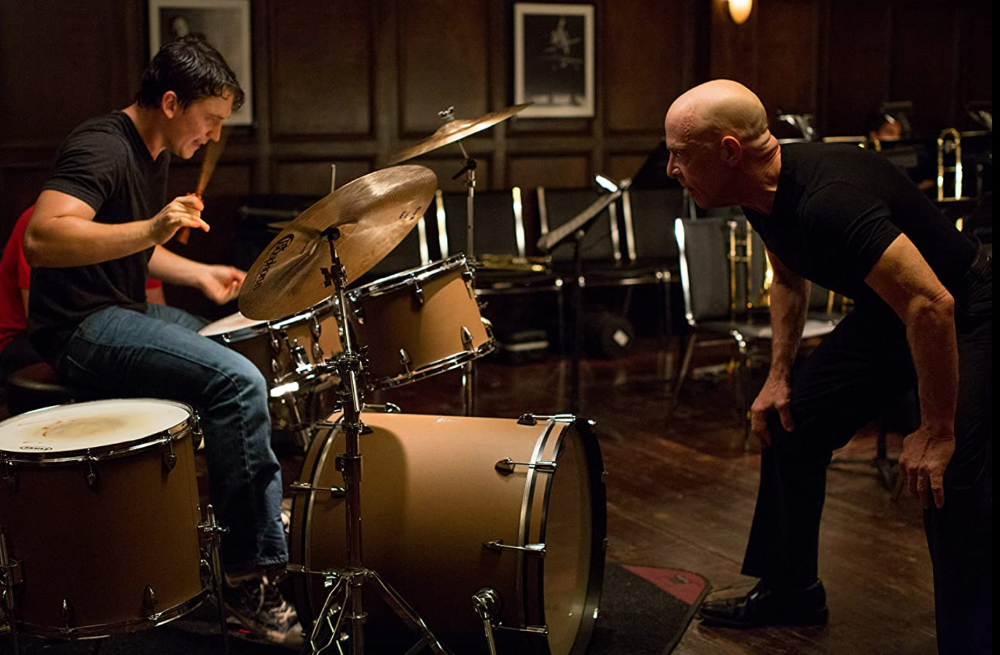 Whiplash (2014, 15)
BBC2, 11.20pm on Saturday 13 March
Jazz fans will enjoy this blistering story about a young jazz drummer who is promoted to attend an elite school, where the maestro expects blood, sweat and tears from his students, in pursuit of musical perfection. Directed by Damian Chazelle, before he went on to make La La Land, and starring Miles Teller as the young musician and J K Simmons who won an Oscar for his role as the abusive teacher.
“it will spit you out elated, exhausted and cheering for an encore” Empire
Fiona 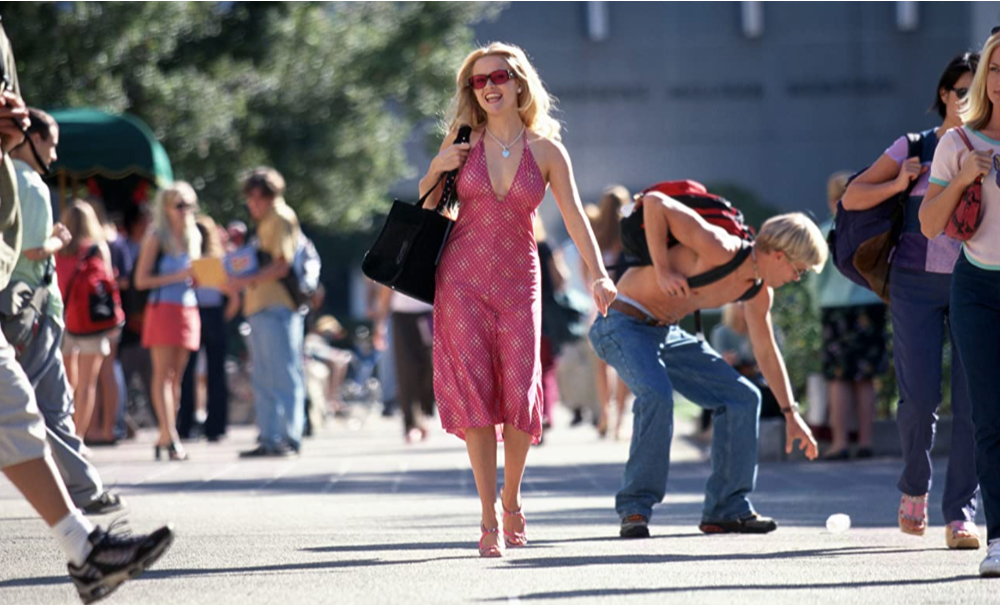 Legally Blonde (2001, 12)
Channel 5, 1.20pm on Sunday 14 March
Elle Woods is beautiful, rich and appears to be a bit of an airhead. Dumped by her boyfriend for not being clever enough, Elle reflects on what she wants to get out of life. To everyone’s surprise, she follows her ex to Harvard University, initially to win him back. The fun really begins as Elle starts to discover her own potential, and shows everyone that there’s all kinds of smart. And it’s not all fluff either as along the way Legally Blonde gives a platform to important themes such as sexual harassment and the cynical manipulations of the justice system. Reece Witherspoon stars. Angie 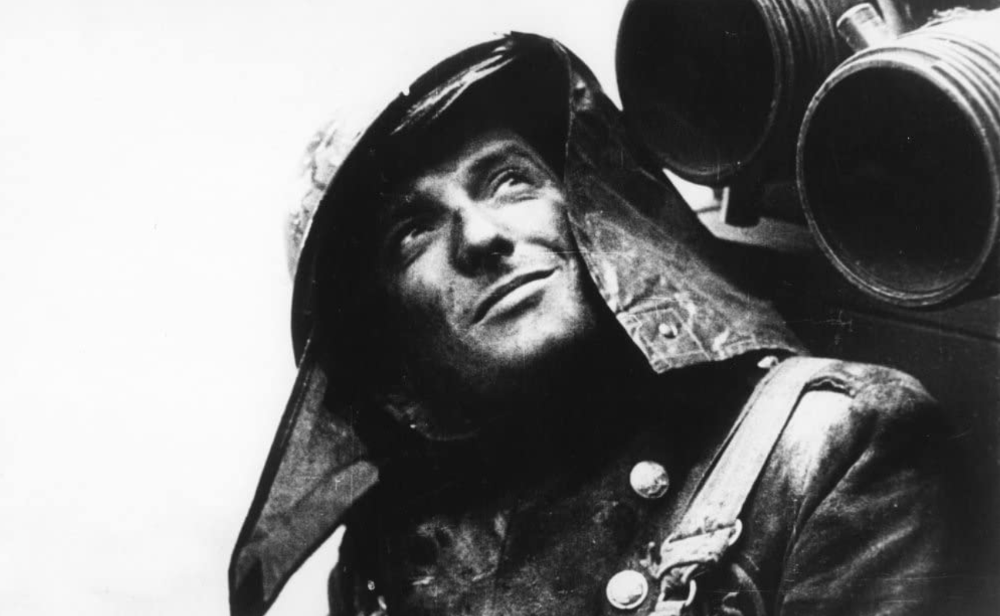 I Was a Fireman (aka Fires Were Started) (1943, U)
Talking Pictures TV, 12.25pm on Monday 15 March
This is the only feature film by Humphrey Jennings, who’s best known for such lyrical wartime shorts as Listen to Britain and Diary for Timothy. It’s a pioneer in what we’d now call docudrama, recreating the height of the London Blitz three years later, with the original participants playing versions of themselves. It’s an extraordinary film, so ‘real’ that we’re easily persuaded this is how it actually was: no false heroics or sentiment, but a haunting poetic quality. One of a kind. Robert 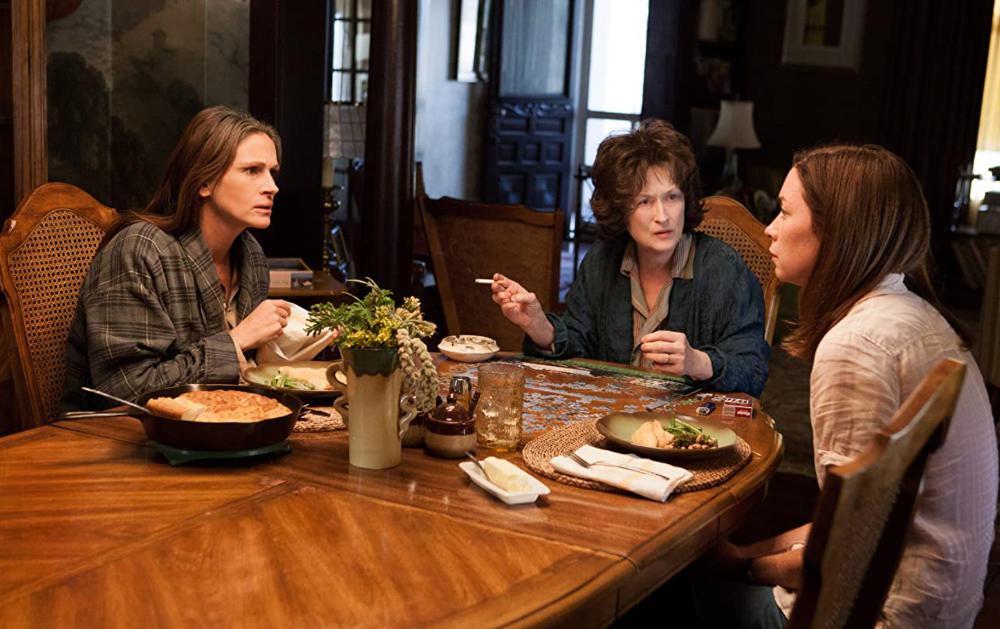 August: Osage County (2013, 15)
Film4, 1.15am on Tuesday 16 March
Worth watching if only for the cast. Set in Oklahoma about a dysfunctional family that gathers together when their father mysteriously disappears. Brenda 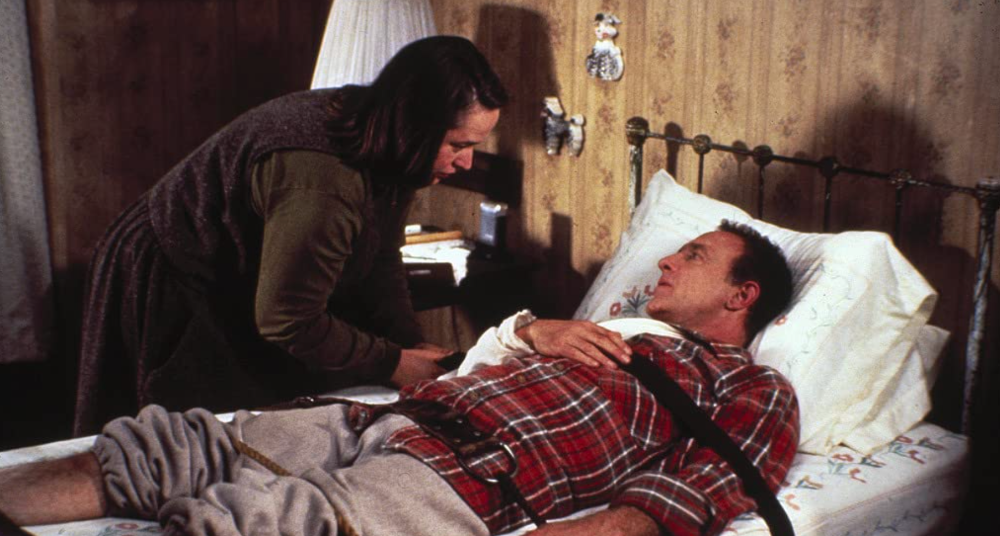 Misery (1990, 18)
Film4, 9pm on Wednesday 17 March
In this adaptation of the Stephen King thriller of the same name, a successful novelist writes the final book in his series of romance novels so he can focus on other work. When he crashes his car in a blizzard en route to delivering the final manuscript, he is saved by a nurse who is also a great fan of the romance novels. But when she reads the manuscript and discovers the series is ending, she turns from saviour into tormentor. Featuring an Oscar-winning performance from Kathy Bates. A warning to any new viewers to expect some violence. Drew