As the owner and operator of a cinema, the safety of your visit to Screen Machine is of paramount importance to us at all times, and particularly during the COVID-19 pandemic. As members of the UK Cinema Association, we were delighted to see that they have this month published a report which draws on scientific research, operational experience and customer feedback to confirm the safety of all UK cinemas during the pandemic. We expect that the report will be used to help both the UK and Scottish Governments to reach the right decisions at the right time in reopening cinemas. Follow this link to read the full report.

This week’s Top Pick has been selected by Brenda, our Accounts Manager, who is making her first selection for Small Screen Machine.  It is the TV premiere of Stan & Ollie.  The other four films have been selected by me, Fiona. We hope there’s something here for you to enjoy over the coming week.

Stan & Ollie (2019, PG)
BBC1, 8.25pm to 10pm, on Friday 19 February – TV premiere
I saw Stan & Ollie when it first came out in the cinema.  I was not sure I would like it for some reason, as I really love watching the  originals.  Steve  Coogan and John C Reilly are excellent.  It tells the story of two lifelong friends both on and off the cinema, it is a warm lovely feelgood film  which in today’s climate is what you need. 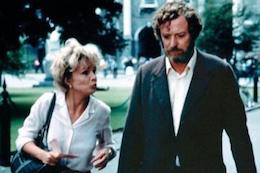 Educating Rita (1983, 15)
BBC2, 11pm to 12.55am, on Saturday 21 February
Comedy drama starring Julie Walters, in her first feature film, as a Liverpool hairdresser who is unhappy with her lot in life and enrolls in an Open University course to expand her horizons. Michael Caine plays her boozy cynical lecturer who starts to question if his influence on her is entirely positive. 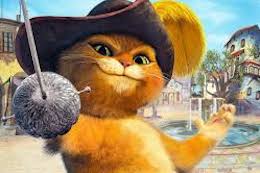 Puss in Boots (2011, U)
Channel 4, 2pm to 3.45pm, on Sunday 22 February
Highly entertaining Shrek spin-off sees Puss find romance with Kitty Softpaws, and they team up with his former partner-in-crime, Humpty Dumpty, to find the Golden Goose. Puss is brilliantly voiced by Antonio Banderas and Kitty is Salma Hayek. Lots of action, adventure and fun. 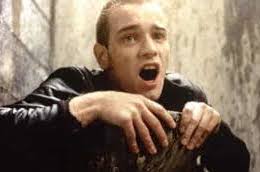 Trainspotting (1995, 18)
Film4, 10.50pm to 12.40am on Tuesday 23rd February
A classic of Scottish cinema, Danny Boyle brought to life Irvine Welsh’s novel about the lifestyle and recreational habits of a section of the capital’s young people. Stars were made of Robert Carlyle as the menacing Begbie and Ewan MacGregor as a loveable junkie. With a real lust for life, this was truly groundbreaking in its day. 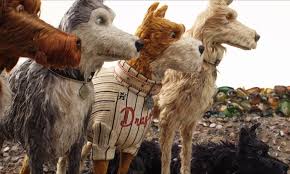 Isle of Dogs (2018, PG)
Channel 4, 6.05pm to 8pm on Sunday 22 February
Directed by Wes Anderson and using stop-motion animation, completely bonkers story set in a city in Japan, where the dogs have developed canine flu and been banished to an island. A unique visual treat, though perhaps not for the youngest of viewers. The dogs are voiced by Tilda Swinton (playing a pug), Scarlett Johansson (former show dog), Jeff Goldblum and others.