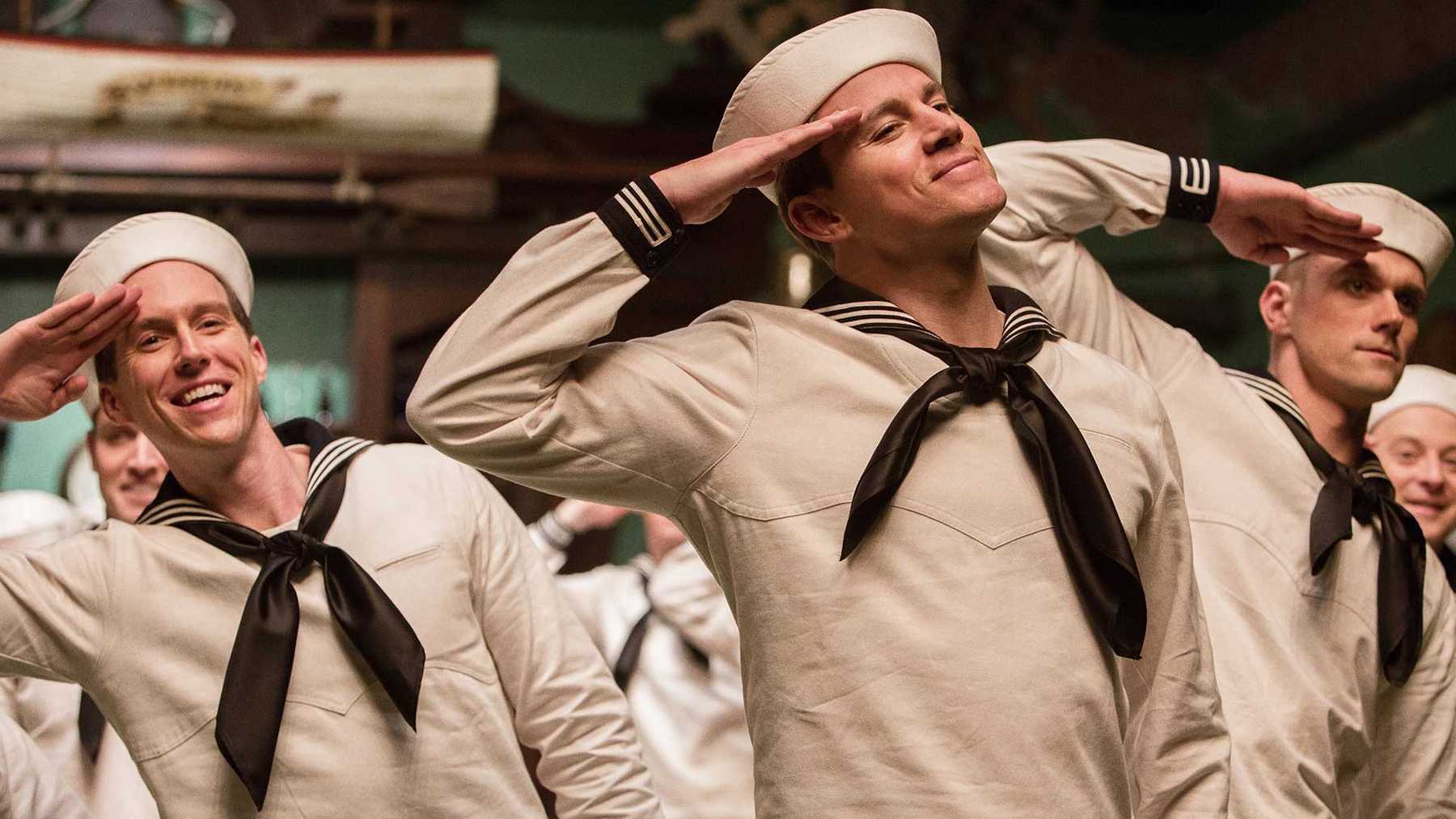 Posted on November 6 2020 by Drew Taylor 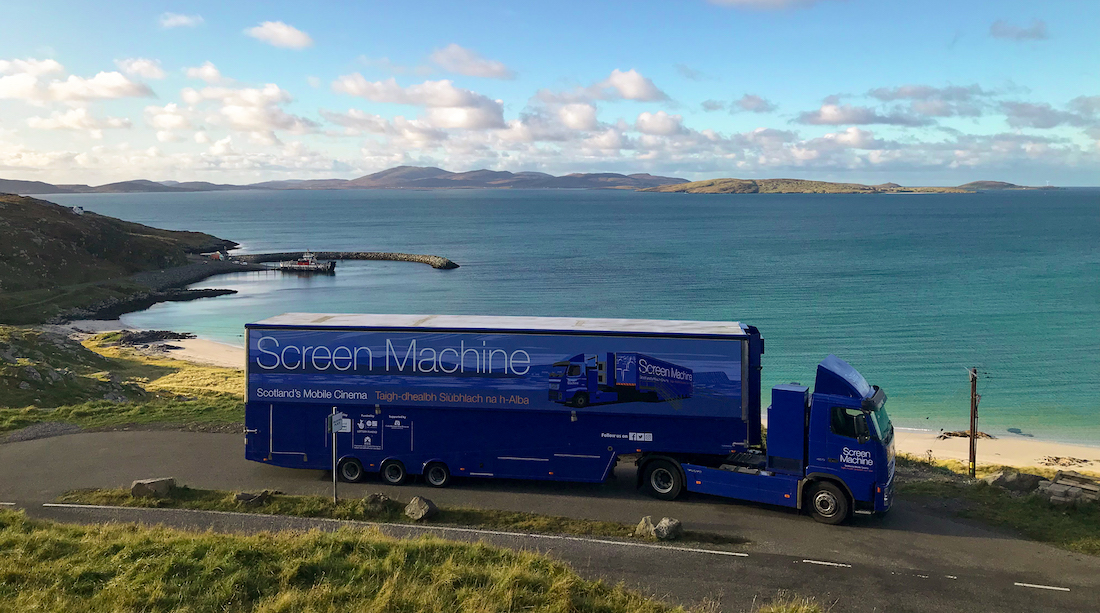 We are delighted to announce that the Screen Machine service will resume on Thursday 12 November. We fully expect to be on the road and bringing the big screen experience to communities in the Highland area until 15 December, when we will take our customary Christmas and New Year break. You can see where we will be and when here.

The Scottish Government’s new Tier system gives us greater confidence to plan ahead, knowing that cinemas can operate in areas that are in Tier 0, 1 and 2. All of the safety measures that we put in place in September (you can read the details here) continue, though some have been revised. For example, feedback we received from customers following visits to six communities in September, have led us to change our ruling on face coverings. Whilst the Scottish Government requires all visitors to cinemas who are aged 5 and over* to wear a face covering for the duration of their visit, we are now permitting customers to bring food and drink to the Screen Machine – so long as you take all litter away with you – and so you can remove your mask while eating and drinking. This brings us into line with cinemas operating in other parts of Scotland. We very much hope that our customers will be happy to return to the cinema. But if not, we look forward to welcoming you back when you are ready.

Furthermore, our return has been enabled by the Scottish Government’s Independent Cinema Recovery and Resilience Fund, delivered through Screen Scotland. We are one of 32 independent cinemas in Scotland to have been supported by the Fund, which aims to bridge the immediate financial gap faced by independently owned cinemas as a result of COVID-19. Regional Screen Scotland Director, Robert Livingston, said; “The Independent Cinema Recovery Fund is a crucial measure to help to sustain cinemas across Scotland. At Regional Screen Scotland we’re very grateful for this support, as it will allow us to begin touring again with the Screen Machine, by compensating for the box office income lost through the need to maintain 2m physical distancing. This means we can bring at least some Christmas cheer to many smaller communities in the Highlands.”

You can read the full details of the emergency funding award here.

Finally, we’d like to extend our best wishes to all of our customers – we hope that you are all well in these continuing difficult times.

* Unless you are exempt. You can read full details of exemptions here.

This week Fiona has chosen Hail, Caesar! as our Top Pick, while our four other recommendations come from Robert. 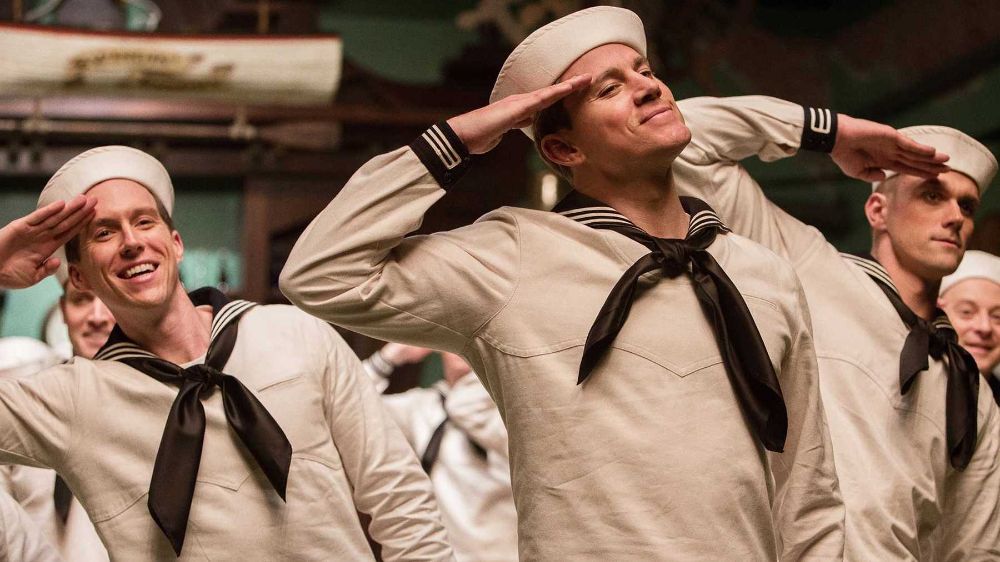 Hail, Caesar! (2016, 12A)
Channel 4, 12am on Sunday 8 / Monday 9 November
Hail, Caesar! is a Coen Brothers homage to Hollywood, that’s as mad as a box of frogs – but which can’t fail to provide you with a bit of Sunday (late) night escapism. With a cast of A-listers (George Clooney, Scarlett Johansson, Tilda Swinton, Channing Tatum, Ralph Fiennes among them), the story is loosely about a 1950s Hollywood exec who is employed at the film studios as a fixer and burier of scandals. In one day he must contend with the kidnapping of a leading man, a musical star’s secret pregnancy and a director who objects to having a miscast actor forced upon him. It’s one of those films from recent years that makes me ask “Why on earth didn’t we show that on the Screen Machine?” Well, here’s your chance folks – I hope it sets you up for the week ahead. 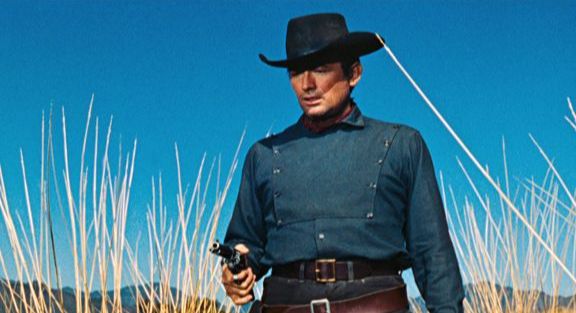 The Bravados (1958, PG)
Sony Movies Action, 8pm on Saturday 7 November
A dark, morally ambiguous Western, all the more powerful for casting the normally squeaky-clean Gregory Peck as a ruthless avenger. Director Henry King, who tends to be dismissed as a studio hack, does a great job of racking up the tension. 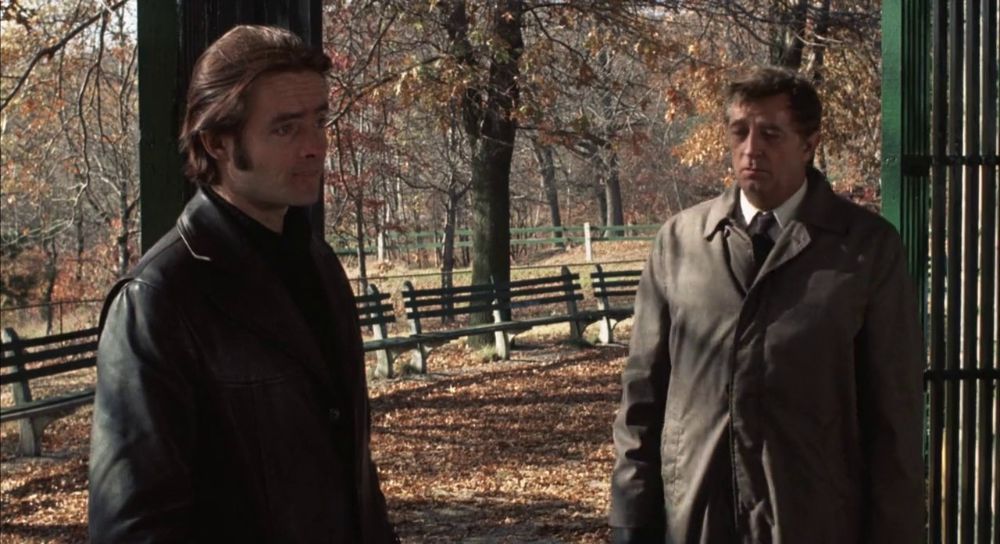 The Friends of Eddie Coyle (1973, 15)
Talking Pictures TV, 10pm on Sunday 8 November
One of the fruits of Robert Mitchum’s great ‘Indian Summer’ as an older actor, this is a gritty, street-wise crime thriller which proves that Bullitt wasn’t a one-hit wonder for director Peter Yates. 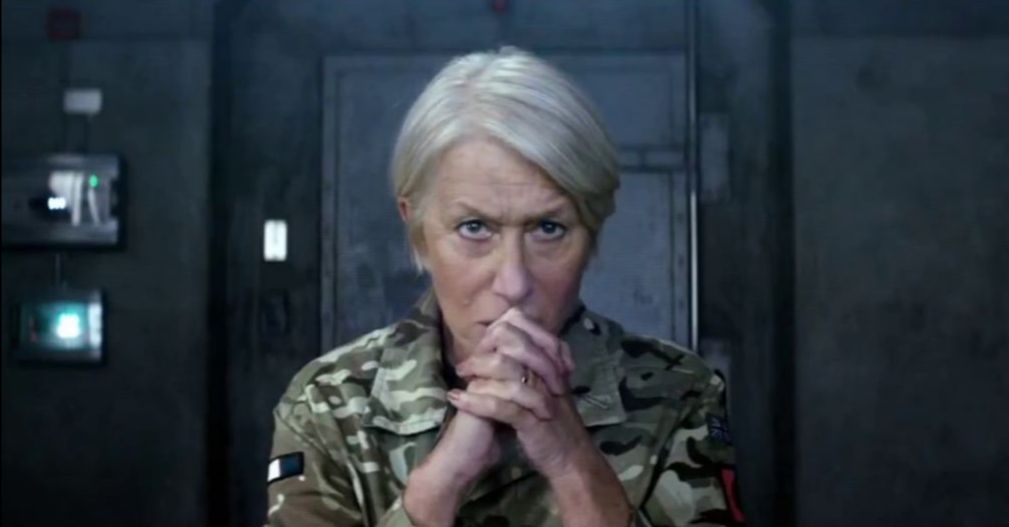 Eye in the Sky (2015, 15)
Film4, 7pm on Tuesday 10 November
Not seen widely enough on its first release, this ‘almost real time’ examination of the realities of fighting wars by remote means just gets ever more relevant. And it’s Alan Rickman’s last film. 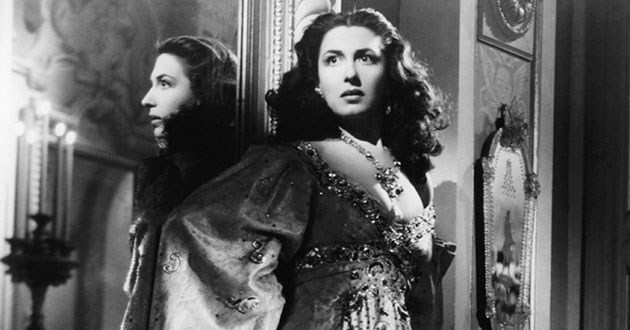 Corridor of Mirrors (1948, PG)
Talking Pictures TV, 12am on Thursday 12/ Friday 13 November
This forgotten, surreal film of a doomed romance was an early venture for director Terence Young, who went on to direct most of the Connery-era Bond films. And it stars that fine Yorkshire-born actor, Eric Portman, who deserves to be much more widely celebrated.