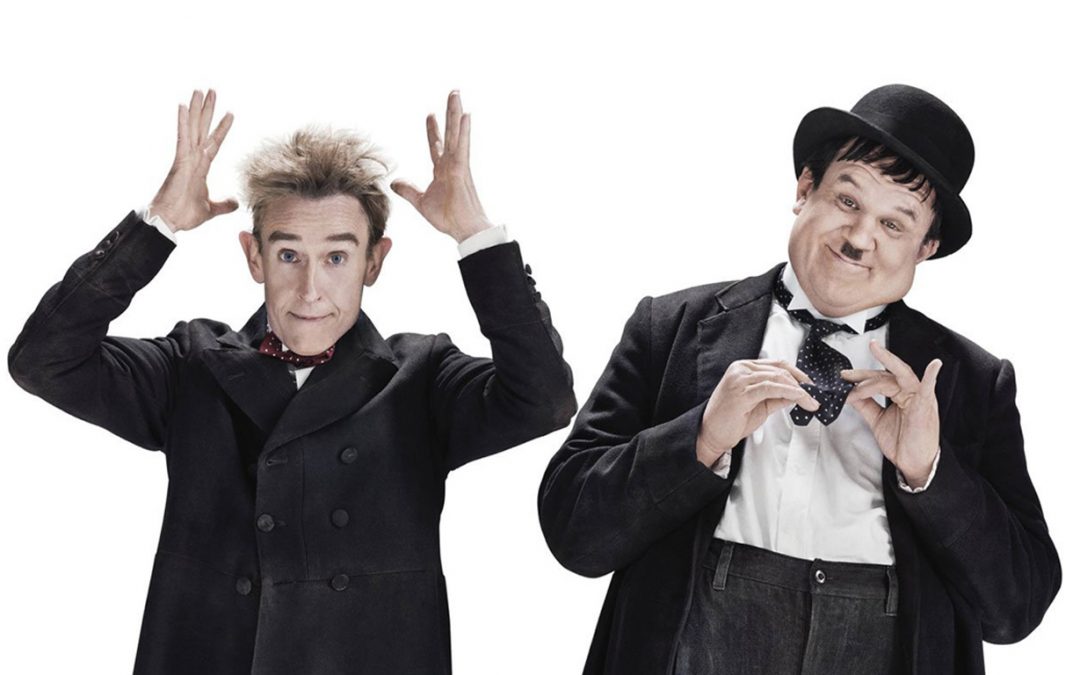 Stan and Ollie is a poignant tale based on the final tour of the American comedians, Stan Laurel and Oliver Hardy. While the plot is straightforward it is not without unexpected twists. Thankfully, the diction is clear and comprehensible and is unspoiled by overbearing background music.

By maintaining straight faces, Stan and Ollie make the simplest and corniest routines hilarious – as in their act at the railway station when they separately exit and entrance two doors, contriving to miss each other over and yet again with split-second timing. By which time the audience, both the filmed audience on-screen and those of us in the Screen Machine, are chortling. It was interesting that a somewhat reticent audience in Newtonmore were soon laughing out loud, possibly bolstered by the laughter from the theatre audience in the film itself.

Some of the laughs come in anticipation of predictable actions. Everyone can see a minor disaster about to happen (except, supposedly, Stan and Ollie). In that way, some of the simplest and funniest gags are reminiscent of Peter Seller’s acting of Inspector Clouseau in the Pink Panther films.

The egos of the two heroes go through a roller coaster during the performance. From international fame on film, Stan and Ollie plummet to playing to half-filled provincial theatres in Britain. The 1950s settings are convincing as are the English characters, from the smooth-talking manipulative tour manager (who might double as a 21st century politician) to the upper crust couple more interested in themselves than Stan and Ollie, to the uncomplicated souls who are so sure Laurel and Hardy’s career had ended many years earlier.

But, what made the film memorable, in addition to the comedy, was the genuine platonic affection between the two men which is expressed in the simplest of words, by communion of thought, and through the silences of their mutual understanding.