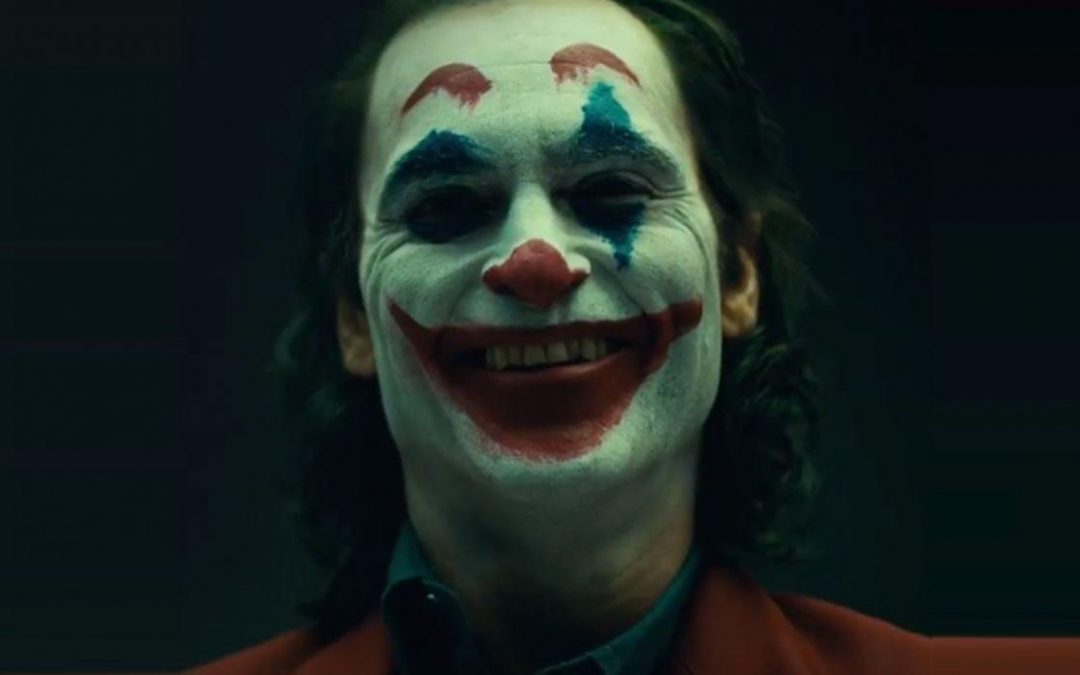 What did you think of Joker? Submit your review now.

A believable and tangible performance which will resonate with a lot of folk who have been knocked down once too often: although most folk don’t take that extra step into the darkness to become a homicidal mass murdering maniac, like The Joker! It’s a bit like Black Rain with Kirk Douglas where a good person can’t find a way out – and snaps. It could happen to anyone. Heath Ledger’s boots were big ones to fill (well, they were “clown shoes” after all), but they were well-filled indeed. The parallels of the fictional character with the former Joker’s mental health issues formed an unspoken subtext which was never there. Very sad. Powerful, stylish and the best acting performance that perhaps I have ever seen. Go see it – not for fun, but to open your eyes.

Joker is like a way more interesting version of Piers Morgan: love it or hate it, you just can’t ignore it. It’s about a man who fantasises about being a successful stand-up comedian, but is driven so far into the dirt by ‘society’ that he instead becomes a clown-faced, mass murdering psychopath. It’s an extremely intriguing watch with a spectacular central performance by Joaquin Phoenix, and it serves as a fantastic origin story to probably the most famous comic book villain ever. There’s a reason why it’s the most successful R-rated movie of all time. However, centralising a plot around such an ultimately brutal character has its issues. It’s not that we are made to empathise with a maniac because we aren’t; we pity him. The real problem with the film is that it exploits the trope of a mental health issue to drive its plot. It’s still a very good movie and I would urge anyone who hasn’t to go and see it. However, it’s a cartoon character in a cartoon world, and the reality of psychosis is not terrorism and bloodshed.

I’ve heard a lot of people knocking Joker, but the bits that didn’t add up were what made it so great. The central performance by Joaquin Phoenix sang and when he danced on the steps, it soared. Sure, there were gaps and flaws, but life is a series of contradictions and it mostly doesn’t make sense. We can be many things at the same time, and we can also be almost nothing. I don’t like films that are too tidy, that leave no space for imagination. I loved that Gotham had a grimy 80s feel but that the glitterati were watching Chaplin. I loved how the stark realism of Fleck’s life slammed right into all the prior knowledge we have of Bruce Wayne. Mostly, I liked that Fleck had no master plan, that everything resulting from his actions was unanticipated by him. That he had no idea what he was doing makes Joker the perfect film for our times.

This was a disturbing film in so much as it provoked thought about real and important issues. It was challenging to the viewer. I found it complex and interesting.

The best film I have seen in a long time. Dark and disturbing but superbly acted, directed and produced.

Whilst I thoroughly enjoyed Joaquin Phoenix’s dancing moves throughout the film, I found it disturbing and violent. It was sad to see someone’s mental health deteriorate while continuing to wear a ‘mask’ from where he felt more confident but still struggling to cope with life. I’m not sure ‘enjoy’ should be a word to use re this film, and should there be a sequel I doubt I would take the time to watch it.