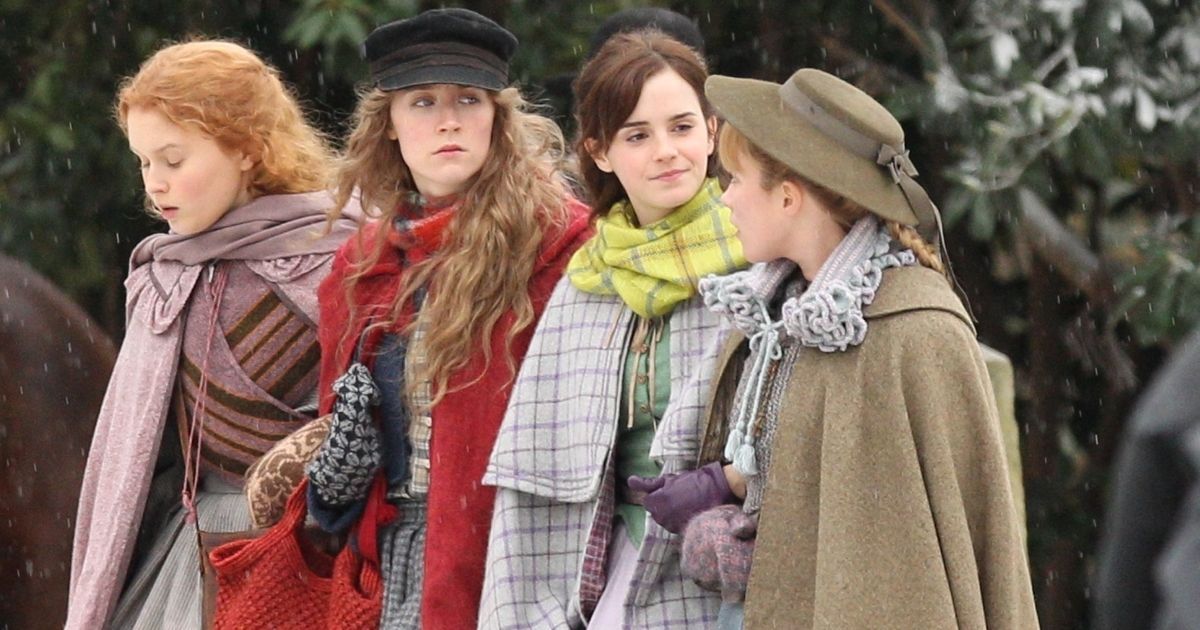 What did you think of Little Women? Submit your review now.

A well known story, with good casting and acting. However, for me personally it was ruined by the editing. The fast transition from past to present and back all the way through was very, very confusing. Nearly everyone I have asked, young and old alike has felt exactly the same.

Very well acted but the fast rate of changing backwards and forwards left me a little confused at times.

I’ve seen every version of ‘Little Women’ since I saw the 1949 one as a girl. My way of judging how good it is is how much I cry! With this production I started crying near the beginning and didn’t stop till the end. My visit to the Screen Machine was my second viewing and I’d watch it again. My only criticism is Professor Baer was a bit too good looking!

If you are a fan of the classics portraying strong women then this is the film for you. Saoirse Ronan was very believable as the main character, emphasising the difficulties being a woman in that era, potentially nameless, penniless and mindless as seen by mankind. The topic of domesticity, women and love yet set with a familial setting which most people can relate to; arguments, unrequited love, angst etc etc. A great example to young women of today. She was well supported by a wonderful cast of well known actors and the costumes and sets were an absolute delight. The music was I thought well paced and added an emotive element rather than jarring. The only minor negative is that it flits back and forth between past and present which some may find confusing. Apart from that it was beautifully written, produced with amazing lighting, design, music allowing you to get lost in the past with the characters. It was a moving, charming, witty and a good representation of the book. Mustn’t forget the men in the film; stellar performances by them all. Timothée Chalamet was brilliant as the love interest as well as Chris Cooper as the grandfather. Would I watch it again… definitely. If you’re after a film that meanders and flows, filled with joy, love, heartache and laughter in equal measure then this is the film for you. It’s a delight for the senses, visually, musically, and emotionally and it’s not just for the ladies it’s for anyone that appreciates the aforementioned young and old alike. It’s a feel good movie… Get the popcorn and settle down for escapism at its best.

I left a message to Screen Machine after I went to see Little Women with my sister in Kinlochleven. I couldn’t praise it high enough. My experience as always was fantastic, so comfortable. If you look up my comment you will see how much I enjoyed the photos of its fantastic travels. Please keep up the excellent work you do. xx

Enjoyed this film. Had seen a previous version many years ago and enjoyed reading the book. The only thing was the story jumping back and forward but still enjoyed this version. Felt I would like to have watched it again.

I love the book and every film version I have ever seen. This version especially. Jo was edgier, sparkier and even more vulnerable for all that! And equally all of the Marches shone bright. The switching back and forth could have been disconcerting for those not familiar with the story, but as a regular it added a dimension that was fun and added a little of the unexpected. The casting was interesting. Various nationalities yet no-one trying too hard to be something they were not! Laura Dern the most American, Florence Pugh the least! My stick in the mud was Timothée Chalamet who remained unbelievably youthful throughout. On the whole, a brilliant adaptation, a stellar cast and a good couple of hours spent in the bosom of the March family. And who wouldn’t want to live in a family full of love, hope and sisterhood!!!! Go see…..

Beautifully shot, felt fully immersed in the drama. Wonderful casting and acting superb. Laughed and cried, ie. a great evening out! My favourite version of this classic by far.

Amazing film. Wasn’t sure how they were going to do a remake of a classic. Lovely story, liked the way they went from present to past. Fantastic film. Have to say the Screen machine is an amazing facility to have. Thank you.

Very crisp and fresh treatment of a classic story. There was a lot of cutting between past and ‘present’ but although there was not always an obvious delineation between the two it ensured close concentration and engagement. The acting was excellent and the costumes glorious. It highlighted the reality of the role of women and the struggle to fight against the cultural constraints of the time, still relevant today. It also illustrates the warmth of family ties and the value of encouraging independent thought. No bad thing to appreciate. Highly recommended.

Hard to read this movie ‘on its own terms’ – above the #MeToo noise, and distinct from its wider reception, against a background of turmoil both within the industry and beyond. Not helped by Gillian Armstrong’s (who directed the last big screen version) praise for “the Little Women for this generation” – suggesting that topicality – i.e. political and social awareness – is key. Having been somehow sidelined by the establishment seems in itself to have validated the current version as ‘a good thing’ – which tends to pre-empt alternative approaches.

Maybe there’s more point in laying stress on the film’s distinctiveness as against how much distinction it merits, and to focus less on how distinguished it might be, but rather on how distinguishable it is from earlier versions.

From that angle it feels very much a case of ‘same old, same old…’ New faces, of course, and new dresses (despite the claims to genteel poverty!), but difficult to feel anything very exceptional about Little Women 2019. Armstrong’s own version boasted an ‘all-star’ cast, too, but surely ‘generational’ takes entail more than fresh faces; as it is, Laura Dern’s Oscar feels deserved, not so much for her ‘Marmee’, but for having rendered the best Susan Sarandon for 25 years. A less febrile climate than a controversial all-male Oscar list for best director might have been a help, too!

If its value lies in the story’s having been ‘up-dated’, then from that angle it feels hackneyed for Jo’s motivation to be driven by a man’s poor opinion. Incidentally, almost failing to recognise her ‘prince’ suggests a Sleeping Beauty rather than a particularly ‘woke’ princess… Perhaps this somehow frees the film from the charge of having it both ways (feminist outcome and romantic resolution), but I feel the 1994 Little Women negotiated this more transparently.

Where it does seek to ‘say something’ about female empowerment there’s more ‘tell’ than ‘show’, with Jo and Amy’s ’to camera’ delivery of the book’s message on women’s straitjacketed roles and the ‘marriage economy’ coming across clunk-ily. Again, Armstrong’s version nails this in a less forced manner. The sheer ‘busy-ness’ within the frame ultimately fails to compensate for the relative dramatic shallowness of the current version.

There’s a lingering suspicion that ultimately there’s not a great deal to the story, a little-ness that has had to be filled by star presence and ‘dressed-up’ messages…