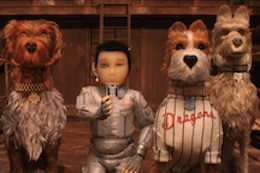 What the BBFC is going on?

Film classification can be a complicated business, and I don’t envy the fine officers of the British Board of Film Classification their job! But it’s also a very serious matter.  Cinema operators like us could lose their cinema licence if they’re proved to have been playing fast and loose with the age limits.

Some people think the whole system is old-fashioned and unnecessary: theatre, after all, has no such system (other than discretionary warnings which a venue might want to apply to a particular production, eg, includes ‘strong language’). But I disagree: cinema, as has often been proved, can have an emotional impact far beyond what’s possible in most theatre settings.  That’s the answer to those parents who say ‘my child sees much worse at home’. Setting aside the fact that BBFC classifications also apply to home viewing, those parents are forgetting that their children are experiencing the film in a safe home environment, usually with some lights on, and able to switch off or hit the pause button at any time. The cinema experience is different: just ask the First Year secondary pupils who were riveted by recent screenings of ‘Dunkirk’ on the Screen Machine, arranged with Into Film.

So, at one end of the spectrum, things are fairly clear.  ‘15’ and ‘18’ ratings set absolute limits, and cinemas allow those limits to be trespassed at their peril (even though every avid cinema-goer has at least one childhood story of attempts—successful or not—to get into a film they were too young to see!). But with ‘U’, ‘PG’ and ‘12A’ it gets a lot more complicated.

Part of the difficulty lies in the negotiations that film-makers have with the BBFC.  Not surprisingly, most film-makers want as many people as possible to see their films, and only a few will deliberately aim for an ‘18’ certificate.  This means that films often get trimmed, often by only a few seconds, to bring them within a ‘15’ or ‘12A’ certificate range.  This results in the phenomenon known as ‘high end’ classifications, where a film rated 12A can be a borderline 15, or a 15 be in fact a borderline 18.  The level of violence in many recent 15s is clear evidence of this practice, and can mean that those of a more sensitive disposition may find themselves avoiding many 15-rated films.

One cause celèbre was the BBFC’s classification of two films that came out at exactly the same time: The King’s Speech and Made in Dagenham.  Each film contained the same number of uses of a certain four letter word.  In the case of the first, this was in a verbal splurge by King George, in the case of the second, a number of isolated uses by different working-class characters.  The King’s Speech got a 12A rating, Made in Dagenham got a 15, thus excluding exactly the young teenage girls for which it offered crucial role models! The BBFC vehemently denied that royal prerogative had anything to do with it.

But in these matters the BBFC website http://www.bbfc.co.uk can be a great help, as it gives detailed ‘Insight’ into every film, and why it has been given a particular rating.  Whether it’s violence, bad language, or sexual content (or that wonderful term ‘sustained threat’) BBFC Insight will explain in some detail (sometimes with ‘spoilers’) exactly what influenced their decision. If you’re happy with bloody conflict but can’t stand any form of torture (that’s me), BBFC Insight will help you make a decision.

And this service is also invaluable for parents in helping them to decide if a film is right for their young children.  Bear in mind, first, that when the 12A certificate was introduced, the BBFC believed, and still believes, that, on the whole, no children younger than 8 should be taken to see the film (especially bearing in mind the ‘high end’ phenomenon).  Above all, do not treat a cinema as a proxy baby-sitter: don’t take a two- or four-year old to a 12A film!  If they’re not traumatised, they’ll be bored.

But, on the other hand, it’s also crucial to remember that a ‘U’ or ‘PG’ certificate does not a children’s film make! It just means that there’s no content that makes the film unsuitable for children. When I was a kid, two early Michael Caine films I enjoyed were Zulu, which was and remains a ‘U’ despite being entirely concerned with bloody conflict, and The Italian Job which is now a ‘PG’, probably because of a different kind of ‘bloody’, used in the context of blowing doors off! Neither, of course, is a ‘children’s film’, a category that barely existed in the 60s and 70s outside Disney and the work of the Children’s Film Unit. But both were films that all the family could watch together.

And so we come to Wes Anderson’s wonderful ‘Isle of Dogs’.  I’ve seen it twice and I think it’s a masterpiece. And it’s an animation with a ‘PG’ certificate. By the BBFC’s rules, they’ve got that right.  But that does not mean it’s suitable for younger children.  For one thing, there’s a lot of on-screen text to read.  At the first screening I was at, a mother behind me started reading the text aloud to her young daughter, and would undoubtedly have continued throughout the whole film, had I not gently remonstrated. What it certainly is, is a film that should appeal to a wide range of adults, whether they like animation or not. It’s full of wry wit, observation, and touching relationships (and that’s just the dogs). But that also means it’s quite talky, and at times low key and gently paced. That’s why we’ve scheduled most of our screenings for our 20.30 slot, as we think that anyone who enjoyed ‘Three Billboards outside Ebbing, Missouri’ (and huge numbers of you did!) will love this, even though there’s no swearing and the violence is of the kind that the BBFC love to call ‘fantasy’!